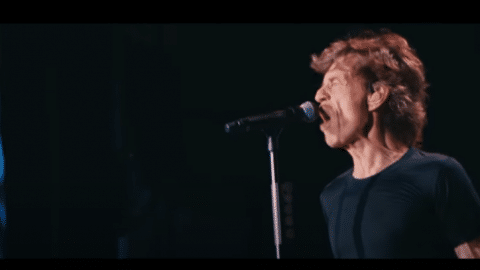 After announcing their limited edition weekly concert series called “Extra Licks” which is part of YouTube’s #StayHome campaign, The Rolling Stones kicked it off with the bonus footage from their 2016 South American tour – an eight-week run where they performed 14 concerts in eight countries. It was previously only available on DVD for the band’s 2017 concert film/documentary titled “Olé Olé Olé! (A Trip Across Latin America).”

The seven performances are “Out of Control” and “Paint It Black” from Buenos Aires, Argentina, “Honky Tonk Women” and “Sympathy for the Devil” from Sao Paulo, Brazil and “You Got the Silver,” “Midnight Rambler” and “Miss You” from Lima, Peru.

This is the first installment in a six-week series – they will stream the bonus features of the six concert films throughout their career thus making them digitally available for the first time. Another documentary will be their 1994 Voodoo Lounge Tour.

They also recently released their new single “Living in a Ghost Town” which is their first original song since 2012. And the members performed “You Can’t Always Get What You Want” virtually and from their own homes for the Together at Home COVID-19 relief special.

Check out the “Extra Licks” video below.