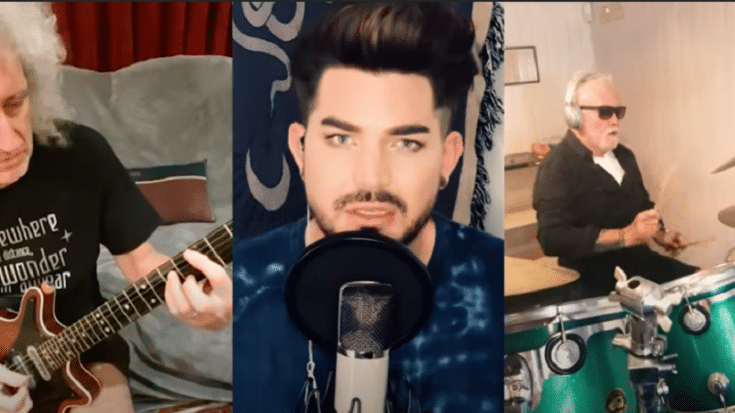 A Tribute To Healthcare Workers

Queen and Adam Lambert previously shared their lockdown version of the 1977 rock anthem “We Are The Champions.” They maintained social distance and virtually performed the track in their respective homes. They swapped out the “We” for “You” and somehow, that little change made a huge difference especially amid the coronavirus pandemic.

And now, the band officially released the newly mixed and remastered COVID-19 recording as their way of thanking and encouraging all the healthcare workers all over the globe.

In a press release, they said: “Collaborating via Instagram between London, Cornwall and Los Angeles, Brian May, Roger Taylor and Adam Lambert, in their respective homes, recorded a spontaneous new version of Queen’s classic anthem with some subtle changes. The result, now finished off, mixed and mastered, is being released under a new title – all proceeds going toward COVID-19 Solidarity Response Fund for the World Health Organization.”

To accompany the song is a music video which featured their original at-home performance video mixed with photos of various cities in lockdown.

Guitarist Brian May told Rolling Stone, “Just like we sent our young men and women into two world wars to fight, these young men and women are now fighting for us and risking their lives every day. That’s what this song has become about. It’s for everyone who is out there working and putting their life at risk.”