News | Stevie Nicks Talks About Being “Believing” Amid Pandemic 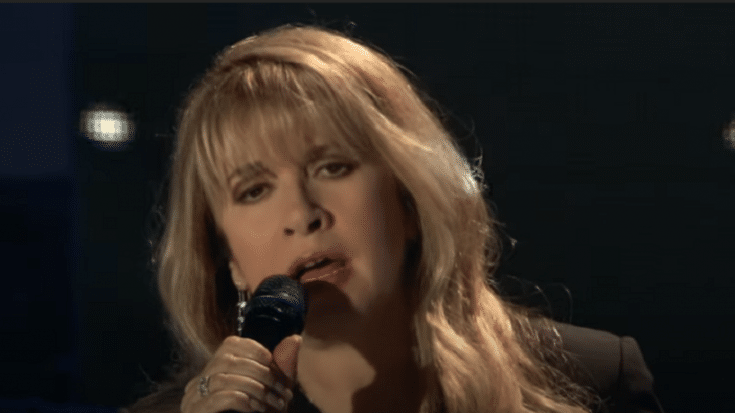 She Tells Fans “We Have To Believe”

The coronavirus outbreak has been tough on everyone. The COVID-19 chooses no one – young or old, healthy or with preexisting medical conditions, celebrities or not. It’s not just the physical aspect but the pandemic also affects people mentally and emotionally. Stevie Nicks is one of those who’s trying to look on the brighter side and she encourages fans to do the same.

In a new interview with Rolling Stone, she shares her plans and thoughts about the current global crisis. Since January, she’s been battling Epstein-Barr virus and so even before lockdown, she was already isolating in her California home along with three friends and her furry friend Lily. Through a late-night phone conversation, she said: “You really do start to understand, maybe, what our parents went through in World War Two. You start thinking of all the things that have happened that have caused people’s lives to just turn upside down.”

Interestingly, even before COVID-19 forced almost everything on an indefinite pause, Nicks already decided to take this year off to rest. She shares, “What all we have right now, if you’re home in quarantine, is time, unless you’re taking care of kids. So, really, you could do anything you wanted that you’ve been wanting to do your whole life. So that’s how I’m trying to look at it.”

Asked what she wants to tell her fans, she says: “We have to believe, right? We have to believe that this is gonna go away. We have to believe that the government of the United States is going to, at some point, completely turn around and do the right thing. I mean, I get a stomachache every day from it. I have a really good friend who whenever I leave, she says, “ring of angels.” And I want to say that to everybody. You have angels around you. Because everybody’s gonna have to keep themselves safe. And right now it seems to me that the government doesn’t know what they’re doing. And nobody’s on the same page. That scares me.

“You have to toe the line right now. That’s what we all have to do if we want this to go away. Otherwise, it’s just gonna keep coming back. It’s just gonna reappear. And every time people say like, “Oh, it’s getting better now, now you can all go out for basketball on the beach,” it’s like, “No, you can’t.” Boom, it comes back. That’s what’s gonna happen. I just want people to try to think straight about it.”

She then adds, “And try to watch movies, read some books, try to get some exercise. Keep your health. Just don’t turn into an invalid. Because I think it’s very easy for people to just sit around. So you got to keep going somehow, even if you have to do cartwheels in your living room or something.”

Even though she’s taking this time to rest, she admits that she’s used to being busy – years of almost nonstop touring does that. Still, she’s trying to be productive during this downtime and she’s planning on making some music.