Watch | Brian May Performs With “We Will Rock You” Cast 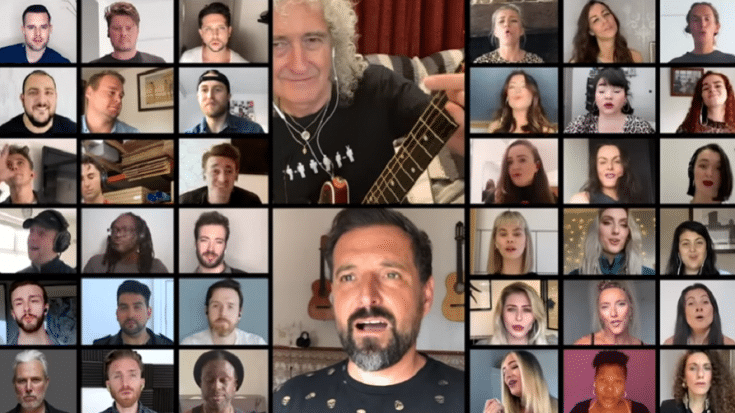 Queen guitarist Brian May just joined the past and present cast of “We Will Rock You” musical for a stunning lockdown version of the 1975 classic hit “Bohemian Rhapsody.” With their virtual at-home performance video, the cover aims to raise funds for the charity Acting for Others.

It was conceived and created by Sabrina Aloueche (Scaramouche- London) and Alex Bourne (Khashoggi- London). It was initially just a small project until it eventually grew to include over 50 cast members and musicians including May himself. It took them three weeks to finish this and clearly, it was all worth it.

Aloueche said, “Together, and with the help of a few friends, a three-week project has resulted in a beautiful statement that music, whether live or recorded or in isolation, really does bring a community together!”

She added, “Because of this they’d like to shine a light and raise some awareness for a wonderful charity whose incredible work has helped many individual actors in this industry especially during these tough and uncertain times: Acting For Others.”

Meanwhile, Brian May has been sharing a series of micro concerts on his social media channels and he recently released a lockdown version of “We Are The Champions” along with Roger Taylor and Adam Lambert.