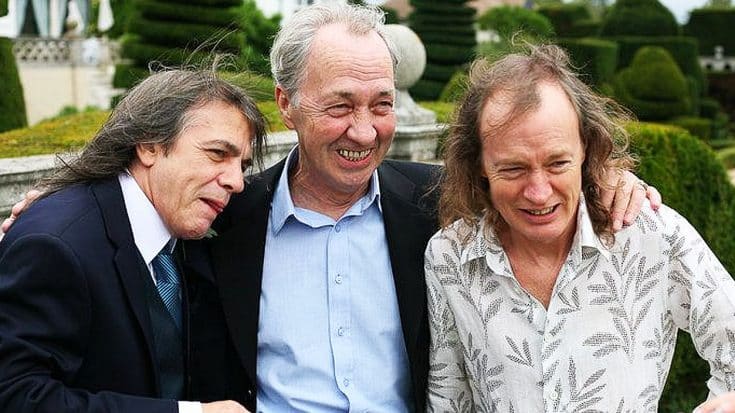 A Sad Day In AC/DC’s History…

It is with heavy hearts today that we learn that George Young, brother of Angus & Malcolm Young, has passed away at the age of 70. For well over 40 years, George Young has been vital to AC/DC’s success co-producing many of AC/DC’s most iconic albums such as ‘Let There Be Rock’, ‘Dirty Deeds Done Dirt Cheap’, ‘T.N.T.’, ‘Powerage’, and ‘High Voltage’ alongside longtime business partner Ted Albert.

George was also a co-producer for many, many acts such as Rose Tattoo, The Angels, and John Paul Young just to name a few. On top of that, he was actually the bassist for AC/DC in the early days of the band.

AC/DC released a statement on their official Facebook page.

Before beginning his work with AC/DC, George Young was the rhythm guitarist and co-songwriter (alongside singer Stevie Wright) for the Easybeats. The band achieved much international success with Australian Musician Magazine even noting that the meeting of George Young and Harry Vanda (lead guitarist) at the Villawood migrant hostel in 1964 was the most significant event in Australian pop and rock music history.

George Young RIP What a huge loss for music. A great songwriter, producer and a great human being

ARIA would like to send its deepest sympathies to the family, friends and fans of Easybeats guitarist/songwriter and record producer George Young, who has passed away, aged 70. pic.twitter.com/KmM617VbLp

#RIP George Young – just heard he has died.
George wrote and produced many hits for acts like ACDC and JPY
He also had a few big solo hits. pic.twitter.com/jBd7B3Vy2M

It certainly goes without saying that George Young’s contributions to rock music and music overall exceed his recognition. As the band put it themselves, without George, there would be no AC/DC. We here at Society Of Rock send our thoughts and prayers out to all of his friends and family during this sad time. RIP, George Redburn Young.