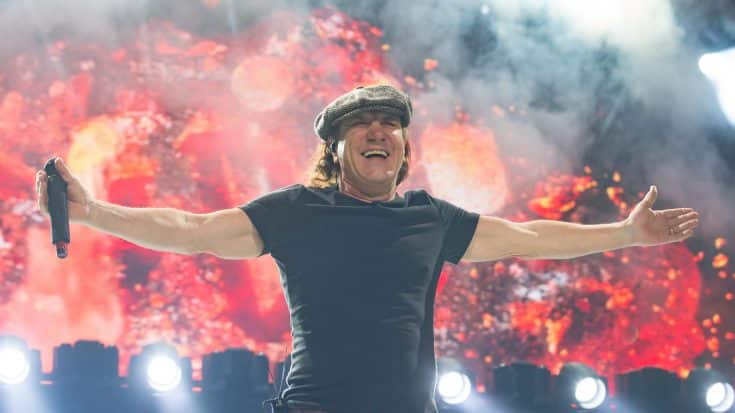 Last April, DJ Eddie Trunk revealed that some sources told him about Brian Johnson joining AC/DC again for a tour. He also added:

“I think it’s pretty much a done deal that AC/DC, at the very least, are going to release some sort of record and it’ll be some sort of tribute to Malcolm [Young] just like ‘Back in Black’ was a tribute to Bon [Scott]. So I have no doubt about that and I’m pretty confident they’re probably going to do shows as well but I think at this point it’s pretty much just when they announce it.”

And more recently, in an episode of Life on the Road, Mark Knopfler joined Brian Johnson. They even sang “The Hole In The Ground” by Bernard Cribbins and they definitely looked like they’re having a blast! They kept on giggling and it’s totally what you’d expect from two friends hanging out with each other.

Fans are delighted to see this video because not only do they get a glimpse of Brian Johnson, they can actually hear him sing! Okay, it’s no Back in Black for sure but hey, we’d take what we can get. Bonus: Knopfler also shares a little something about their classic hit Sultans of Swing.

Who wouldn't want to hear @MarkKnopfler and @BrianJohnson sing 'The hole in the ground' by Bernard Cribbins. Brian returns to his hometown of Newcastle in A life on the road. We also hear Mark's inspiration for 'Sultans of Swing' ? pic.twitter.com/b8bgwhiVBA