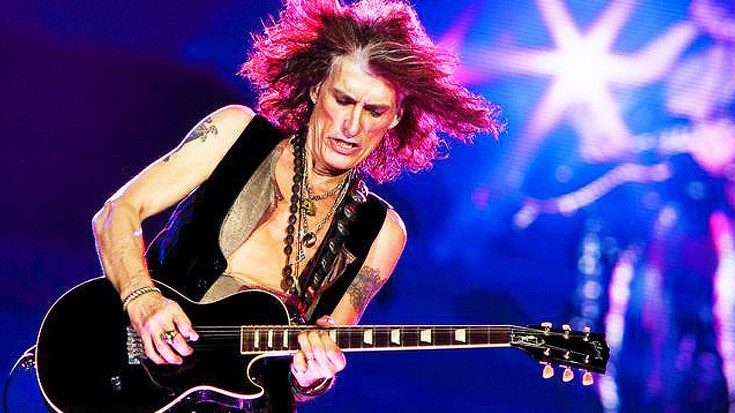 A change of style for the rock n’ roller

Less than 24 hours after collapsing on stage while performing with Hollywood Vampires, a new single featuring guitarist Joe Perry has released. Country music icon Billy Ray Cyrus released a cover track yesterday for his upcoming album which featured Perry on guitar. The song, “Tulsa Time,” is a cover of a Don Williams classic, and Perry’s guitar brings a heavier feel and rockier feel to the country tune. Perry adds a hard-hitting riff, and includes a couple of melodic solos throughout the song.

The former Aerosmith guitarist was hospitalized Sunday night after collapsing on stage during a gig with his current band Hollywood Vampires. It was reported Perry underwent cardiac arrest, but after resting up, is expected to make a full recovery and rejoin his band back on tour very soon. Many people around the classic rock world were concerned about him, including his fellow bandmates with Aerosmith. Who knows, with Perry featuring on a country song, maybe he can help Steven Tyler with his country music career?

Take a listen to the new song down below! What do you think of Joe Perry on this track?