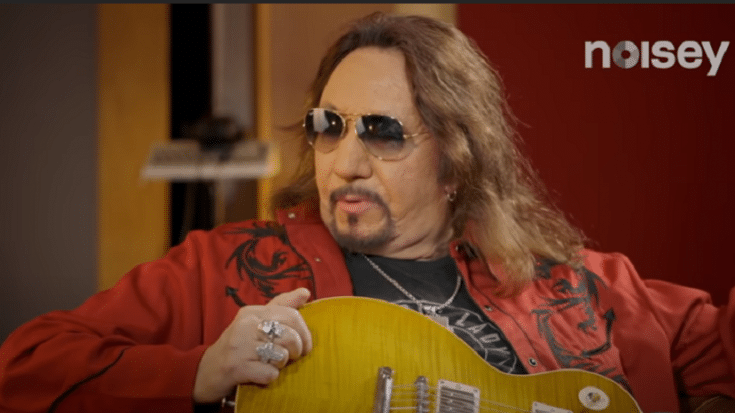 The Release Of ‘Origins Vol. 2’ Will Also Be Delayed

Former Kiss guitarist Ace Frehley appeared on SiriusXM’s Trunk Nation on Monday, April 27 and he revealed that’s he’s using the downtime caused by the coronvirus lockdown to work on “new material for a studio record.” His last album was 2018’s Spaceman.

He said, “Because of this virus, everything has been pushed back. The release of my ‘Origins Vol. 2’ [the sequel to his 2016 collection of cover songs that inspired him] has been pushed back to the fall. I don’t wanna be too idle, so I decided to start recording my next studio record. What the hell?”

Although he already completed Origins Vol.2 “months ago,” there’s still no definite release date. He explained, “We’re talking about the end of the summer. We might put out a single earlier than that — during the summer. We’re talking about probably not till September. But that can change. Don’t quote me or anything. First it was the summer, then it was the end of the summer. Last I heard it was September. Everybody’s worried about their health. Health comes first, because without your health, you’ve got nothing.”

Speaking about his former bandmates, he shared: “I texted Paul [Stanley] and Gene [Simmons] last week and just wished them well, and Peter [Criss]. And I got a text from Doc [McGhee, KISS manager]. Everybody’s okay — thank God. Knock on wood. Eric Singer’s been sending me some silly texts [Laughs] ‘Cause me and Eric always got along really well on the road. Everything’s cool.”

He then added, “What’s gonna happen is gonna happen. But everything is delayed at this juncture, so who knows? … I’m doing my own thing. Unless they come forward and the price is right, you’re not gonna see me anywhere close by.”