New Beatles Video For “Here, There and Everywhere” 1966 Was Released 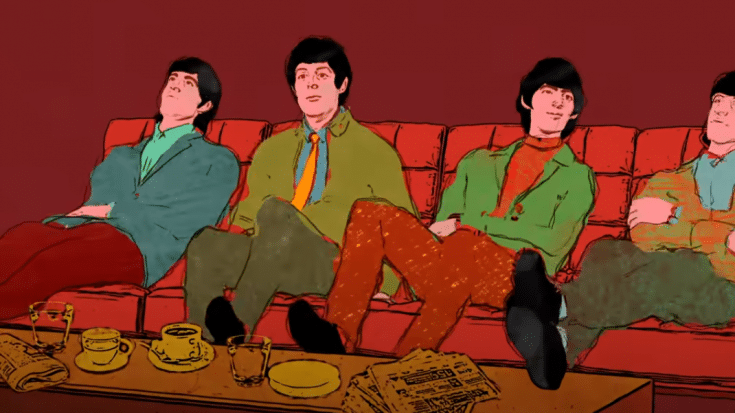 A new music video for The Beatles’ 1966 song “Here, There and Everywhere” was released.

In the new colorfully animated video, the Fab Four can be watched heading from studio to stage. Some artistic renderings of scenes from A Hard Day’s Night and Help! were also added. Richard Barnett, the producer for Trunk Animation, said in a statement:

“Follow the band on tour, as they face an ever-changing backdrop of cities, hotels, roads, and gigs, with only each other to rely on.

“A magical dancer appears to each of them, representing inspiration and creative freedom.”

This is just one of the newly remixed versions which they derived from the original four-track master recordings. It was produced by Giles Martin who has contributed to numerous archival Beatles projects including the Get Back: The Beatles movie’s music supervisor in 2021. He claimed that “I [was] handed the keys to Abbey Road and the Beatles’ vault and was allowed to get into the tapes,” which made everything possible.

The next song to be recreated using animated rendering like this is yet to be known. In the meantime, fans can enjoy watching the new version of the “Here, There and Everywhere” music video below, check it out.