Jim Stewart, a co-founder of Stax Records Passed Away At 92 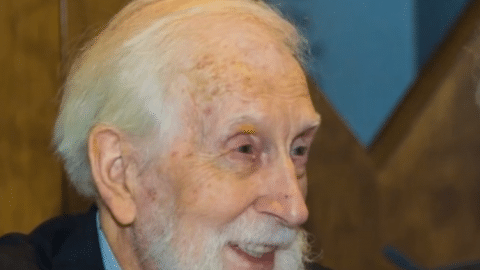 The co-founder of Stax Records, Jim Stewart, died at age 92.

Last Monday, the news was confirmed by the Stax Museum of American Soul Music through a statement. It reads:

”Mr. Stewart died peacefully surrounded by his family and will be missed by millions of music fans worldwide as one of the great pioneers of soul music and an architect of the Memphis Sound.”

Stewart established his first label, Satellite Records, in 1957. Through the help of his sister, Estelle Axton, Stewart was able to purchase recording equipment because her sister mortgaged her home. The recording label operated inside a former movie theater that charged him $150 a month for the rent.

Moving forward, Stewart and his sister decided to change the label’s name by using the first two letters of their respective surnames, thus Stax. Their company helped launch the careers of dozens of successful R&B artists, including Otis Redding, Sam & Dave, Booker T. and the M.G.’s, the Staple Singers, Albert King and Isaac Hayes.

Their career stopped temporarily when Stax went bankrupt in 1976. Upon recovering, Stewart kept a mostly low profile over the following decades. In 2002, he was inducted into the Rock & Roll Hall of Fame. Stewart’s granddaughter accepted the award on his behalf.

“What he and his sister meant to American and Soul music that would be recorded is undeniable.”

“Wow! No way a poor kid from a housing project’s picture in Memphis would be on a bus rolling through Memphis if it were not for this man, Jim Stewart the ST of the word Stax. I love and acknowledge him and his memory. RIP my dear benefactor to American Soul music.”