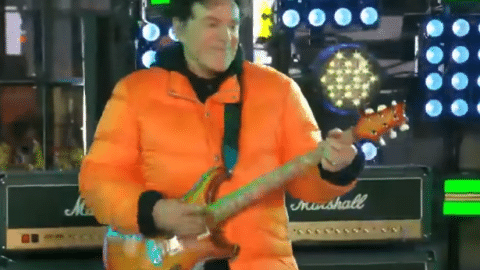 Last Tuesday, Kobayashi confirmed that he was “just hired” by the two feuding rockers. Kobayashi makes up one-third of CSM Management, a firm that opened in 2018. Its roster includes other rock icons such as Lenny Kravitz, Jeff Lynne, Stevie Nicks, and Def Leppard, the last of which Kobayashi also manages.

Recently, Schon and Cain have been dealing with a highly publicized legal battle. It has something to do with the American Express card associated with Nomota, the company they established in 1998 to handle Journey’s business dealings.

Schon filed a lawsuit against Cain and claimed the keyboardist “improperly restricted” his access to the account and its documents. In return, Cain accused Schon of misusing the card, citing his “excessive spending and extravagant lifestyle.” Schon wrote in a recent social media post:

“All I want to see is our records. Cain is lying as I do not have full access as he states. I’m now a 50% owner. I’m the founder, president, and secretary/manager of Nomota LLC that we started in 1998, and have every right to see what’s gone on in there. … Transparency is all I’m asking for. Is that too much to be asking of a 50/50 partner? There’s no skating around this.”

Schon also tweeted a photo of himself with co-founding Journey and Santana keyboardist Gregg Rolie, whom Cain replaced in 1980, saying:

“Two original founding members. I think my brother Gregg Rolie should join us for the 2023 tour. What do you think, friends? He will spice it up and we will have a great variety of songs to choose from. What would you like to hear for the 50th-anniversary tour?”