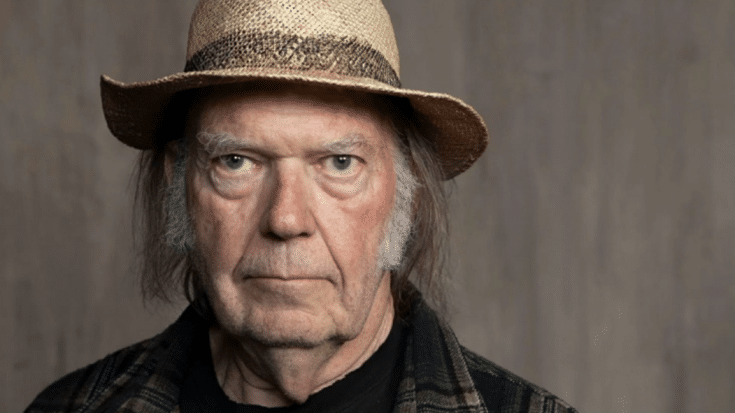 It’s All About The Music

The internet is a double-edged sword to musicians. On one hand, there’s accessibility. Anyone can access their music anytime, connect with them via social media, and well, news travels pretty fast these days. During the pandemic, technology helped artists from across the globe collaborate with each other and record songs – something which wasn’t even remotely possible in the ’60s. But of course, like everything else, there are downsides.

With the world wide web and streaming services, it has several effects on musicians particularly when it comes to finances. And Neil Young had a deep understanding of how the internet is slowly killing the industry.

In 2012, he spoke at the D: Dive Into Media Conference in California and expressed his desire to save the quality of music in the digital age. He said, “My goal is to try and rescue the art form that I’ve been practicing for the past 50 years. We live in a digital age and, unfortunately, it’s degrading our music, not improving it.”

He added, “It’s not that digital is bad or inferior, it’s that the way it’s being used isn’t doing justice to the art… the convenience of the digital age has forced people to choose between quality and convenience, but they shouldn’t have to make that choice.”

Young also walked his talk by developing Pono in 2014 which was a portable digital media player and music download service. Its goal was to ensure high quality of music “as they first sound during studio recording sessions”. However, a few years later in April 2017, it was discontinued.

When he shut it down, he released a statement explaining what happened. Part of it read, “Good sounding music is not a premium. All songs should cost the same, regardless of digital resolution. Let the people decide what they want to listen to without charging them more for true quality. That way quality is not an elitist thing. If high resolution costs more, listeners will just choose the cheaper option and never hear the quality. Record companies will ultimately lose more money by not exposing the true beauty of their music to the masses. Remember, all music is created to sound great and the record labels are the one’s deciding to not offer that at the normal price. The magic of music should be presented by the stewards of that music at a normal price. Let listeners decide on the quality they want to purchase without pricing constraints.”

Even though it didn’t work out, Young didn’t stop there. Come 2018, he launched his own subscription service and app called Neil Young Archives. Subscribers who pay $1.99 per month or $19.99 for a full year get access to material from his entire career including new music and visual content.

He declared that “This is a life’s work. It will never be finished.” And in a 2019 interview with Wired, Young reiterated his views on music in the digital age. He explained, “There aren’t really music streaming services so much as there are tech streaming services. It’s not the same thing from what I see, or they’d be complaining themselves about the technology they have to use. They don’t seem to understand what the music’s about, or care about who’s making it.”

He continued, “Besides sounding really terrible, there’s no credit given for anything.”

For years, Young has echoed the same sentiments from other musicians particularly those who aren’t big fans of Spotify and Apple Music. And today, his Neil Young Archives is so successful that in October 2019 he already amassed 25,000 subscribers. Maybe others can learn a thing or two from him.