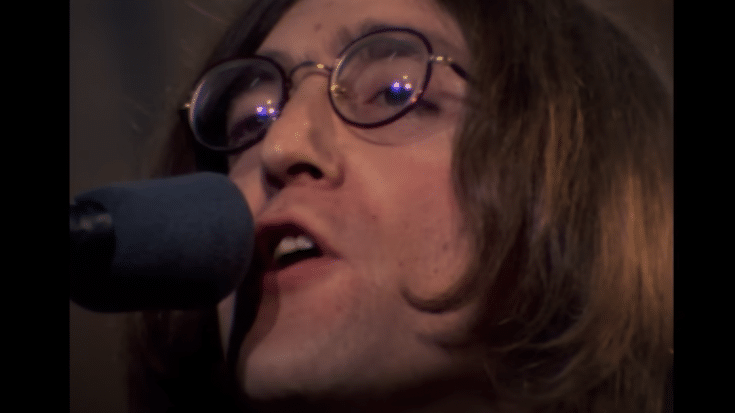 On December 11, 1968, John Lennon, Eric Clapton, Keith Richards and Mitch Mitchell got together and formed a supergroup for a one-off performance in front of a live audience in London. This was recorded for the Rolling Stones’ TV special titled The Rolling Stones Rock and Roll Circus. Lennon gave them the name The Dirty Mac and one of the songs they played was The Beatles’ “Yer Blues”. This marks the first time that Lennon performed live since The Beatles retired from touring in 1966 and it was also his first performance without his bandmates.

Introducing himself as “Winston Leg-Thigh”, Lennon revealed that Dirty Mac was a play on fellow rock act Fleetwood Mac which was then-led by Peter Green.

Watch their take on “Yer Blues” below.

“Yer Blues” was written by Lennon during The Beatles’ Transcendental Meditation retreat in Rishikesh, India. Featured on The White Album, it’s a parody of blues music.

Lennon recalled, “The funny thing about the [Maharishi’s] camp was that although it was very beautiful and I was meditating about eight hours a day, I was writing the most miserable songs on earth. In ‘Yer Blues’, when I wrote, ‘I’m so lonely I want to die,’ I’m not kidding. That’s how I felt.”