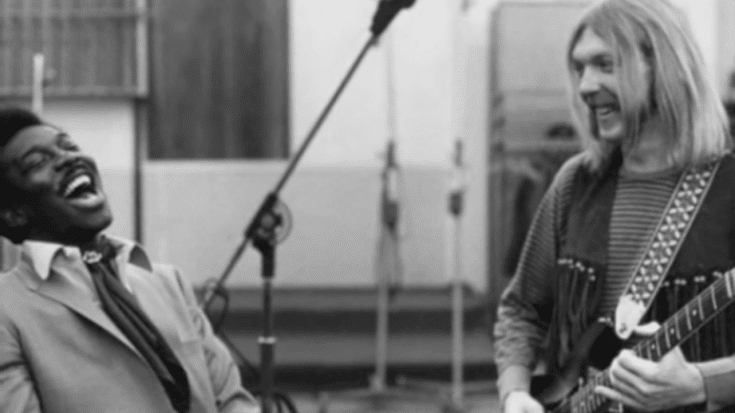 Duane Allman’s light was snuffed out too soon but even with his brief time on earth, he managed to leave even other guitar virtuosos in awe – like Eric Clapton who couldn’t seem to praise him enough. Allman was a force to be reckoned with but with him in the room, he made other musicians better players.

Whether as a session musician or as the lead guitarist in the Allman Brothers Band, Duane was exceptional. And he left behind such a rich legacy. Let’s revisit his greatest solos:

Definitely one of Duane’s finest musical moments. Clocking in at fifteen minutes, this showcased Duane’s virtuosity and proficiency. He unleashed a solo that can only be described as epic. It’s wild and glorious – proof of Duane’s otherworldly talents.

It might be Eric Clapton’s crowning achievement but Duane’s contribution took the whole song to the next level. It was Duane who came up with the iconic riff and the solo – man, he made his guitar sing in a way no other guitarist can. Also, he and Eric complemented each other well. They made each other better guitar players throughout the sessions.

Duane’s technique was second to none. In Mountain Jam, one solo would have been enough to wow us but he added one more and we just can’t get enough of both. It’s tasteful and masterful.

Duane was at the height of his powers here. The studio version is spectacular but the magic truly happened in their live performance at Fillmore East. He pulled out all the stops with a couple of fiery and jaw-dropping solos, each one more captivating than the last.

It may be a cover but Wilson Pickett’s version reigns supreme. Eric Clapton discovered Duane because of this song. He said, “To this day, I’ve never heard better rock guitar playing on an R&B record. It’s the best.”