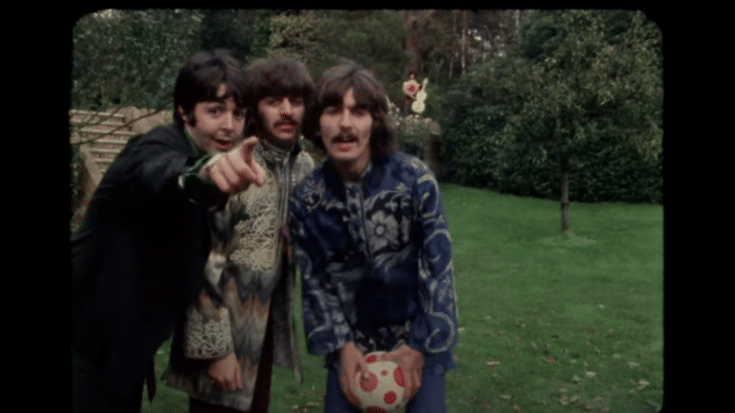 He Was Waiting For A Publicist

“Blue Jay Way” was featured on The Beatles’ Magical Mystery Tour EP and album. Written by George Harrison, it was named after a Hollywood Hills street overlooking the Sunset Strip in Los Angeles where his rented house was located. He visited California in August 1967 along with his then-wife Pattie Boyd.

The music features his Indian music influences and was recorded during the band’s psychedelic phase. He composed it on a Hammond organ. And apparently, a jet-lagged Harrison wrote it while waiting for music publicist Derek Taylor.

Leave it to Harrison to pen something hauntingly beautiful to “pass the time”.

He recalled, “Derek Taylor got held up. He rang to say he’d be late. I told him on the phone that the house was in Blue Jay Way. And he said he could find it OK… he could always ask a cop. So I waited and waited. I felt really knackered with the flight, but I didn’t want to go to sleep until he came. There was a fog and it got later and later. To keep myself awake, just as a joke to pass the time while I waited, I wrote a song about waiting for him in Blue Jay Way.”

He added, “There was a little Hammond organ in the corner of this house which I hadn’t noticed until then… so I messed around on it and the song came.”

“Blue Jay Way” received mix reviews with some calling it monotonous while others referred to it as “exotic.”