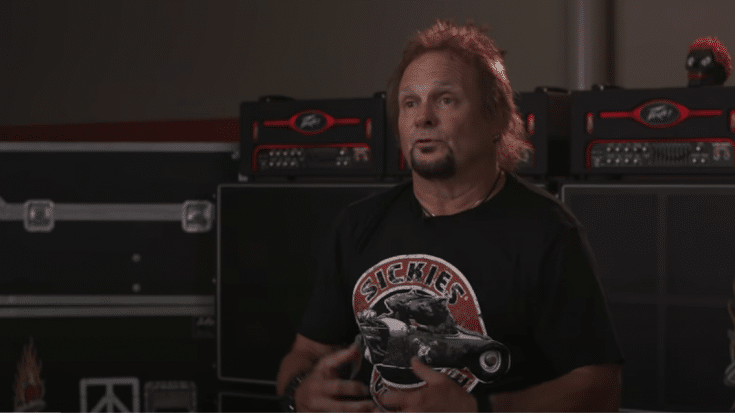 In a new interview with Guy Favazza of KSHE 95 in St. Louis, Missouri, former Van Halen bass player Michael Anthony revealed that after Eddie Van Halen’s death in October, he called up EVH’s brother Alex to offer his condolences. However, he hasn’t talked to EVH’s son Wolfgang yet but he already reached out and sent the latter a message.

Anthony said, “No, I haven’t actually spoken to Wolfgang yet. I obviously didn’t want to talk to them. I spoke briefly with Alex right after Eddie passed, but I wanted them to have their privacy. And I have texted with Wolfie a couple of times, and everything is all good, obviously.”

He added, “We spoke briefly after Ed’s passing, but Alex has been pretty much grieving, or however you wanna put it, pretty much been to himself. So I’m just kind of letting that happen, and I’m sure at one point we’ll talk again here or even get together.”

Sammy Hagar has shared last year that he and EVH made up and were on good terms prior to EVH’s passing.

And as for Michael Anthony, he admitted: “Unfortunately, I did not have a chance to speak to Eddie, and there were still a few issues that we’ve had. I haven’t spoken to him for years, and unfortunately, that’s how it ended. And it bothers me because there are a few things that would’ve been nice for us to kind of work out, talk over.”