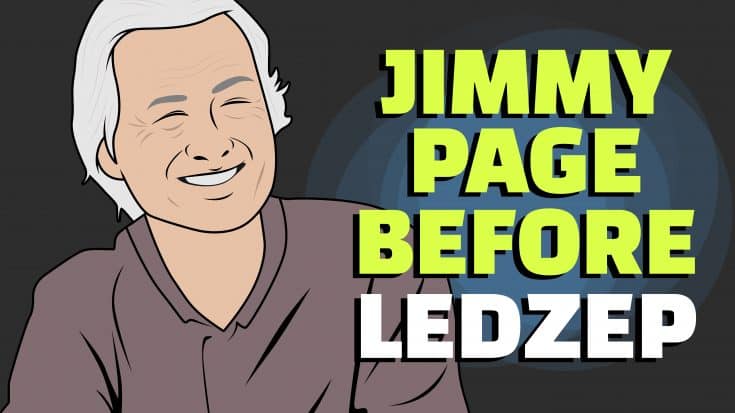 Before he achieved legendary status as the founder and main creative force of Led Zeppelin, Jimmy Page was already an accomplished session musician and was far from being unknown what with his stint with The Yardbirds. His influence reaches far and wide and so we’re revisiting ten of his greatest works before Led Zeppelin became titans in the industry.

It’s one of the earliest songs this band has recorded with a 19-year old Van Morrison as the frontman. It was popularized by American Delta blues musician Big Joe Williams but Them’s version drew inspiration from John Lee Hooker’s recording. Page was on second guitar.

He was still young when he played rhythm on an acoustic guitar in the track. It wasn’t long before “Diamonds” dominated the UK Singles Chart and stayed at the top spot for three weeks. In turn, Page suddenly became an in-demand session musician.

It’s the theme song to the 1964 James Bond film of the same name. Jimmy Page was in the sessions along with Vic Flick and Big Jim Sullivan, playing on the instrumental version.

Petula Clark’s first hit, Page once again played with Flick and Sullivan. Clark’s popularity in the US quickly rose with the release of this track.

Page is featured on the demo which was recorded in July 1964.

Featured on The Kinks’ debut album, Page played the twelve-string acoustic guitar on two tracks including “I’m a Lover (Not a Fighter)”.

A Bobby Bland original, The Manish Boys with David Bowie released their version in 1965. Page played the guitar solo and it was during the recording sessions when he gave Bowie a guitar riff but at the time, Bowie didn’t know what to do with it. Years later, he used the riff for two songs – 1970’s “The Supermen” and 1997’s “Dead Man Walking”.

Nico’s pre-Velvet Underground work, it features her then-boyfriend Brian Jones of The Rolling Stones. Page not only played as a session musician, he also produced it.

Jeff Beck’s first solo recording, he had a stellar lineup of musicians during the sessions. Aside from Page, Keith Moon, John Paul Jones, and Nicky Hopkins were also present. Page is credited as the songwriter. Beck said, “The phasing was Jimmy’s idea… I played a load of waffle and he reversed it.”

A traditional blues song, bass player John Entwistle recalled: “The Fuzz guitar droning throughout is played by Jimmy Page; the reason being, he owned the only Fuzzbox in the country at that time.”