Neil Young Just Broke His Own Biggest Rule, And We Couldn’t Be Happier 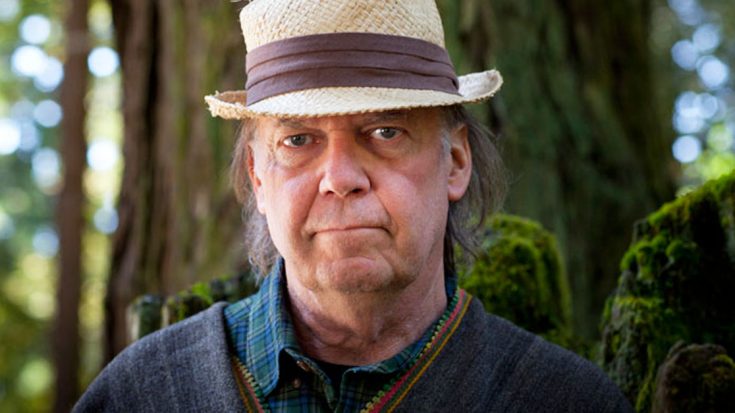 Neil Has A Sudden Change Of Heart

Y’all, the time has come. For years, Neil Young has sworn against making his music available on streaming services like Spotify and Apple Music, opting to make his catalog available on TIDAL and his own high quality music service Pono. In fact, no one was more against streaming than Neil, who explained his decision in a July 2015 interview by saying, “I don’t need my music to be devalued by the worst quality in the history of broadcasting or any other form of distribution. I don’t feel right allowing this to be sold to my fans. It’s bad for my music.”

As of this morning, it would appear that Neil’s had a sudden change of heart because you can now find his entire catalog – well, most of it anyway – along with the title track from his upcoming album Peace Trail on Spotify and Apple Music.

Exciting stuff, if like us you’ve been longing to hear “Heart Of Gold” and “Old Man” on whatever streaming service you’re currently paying for. No word from Neil or his camp just yet regarding what prompted him to break his own biggest rule, but hey – we’re just mighty glad he did!