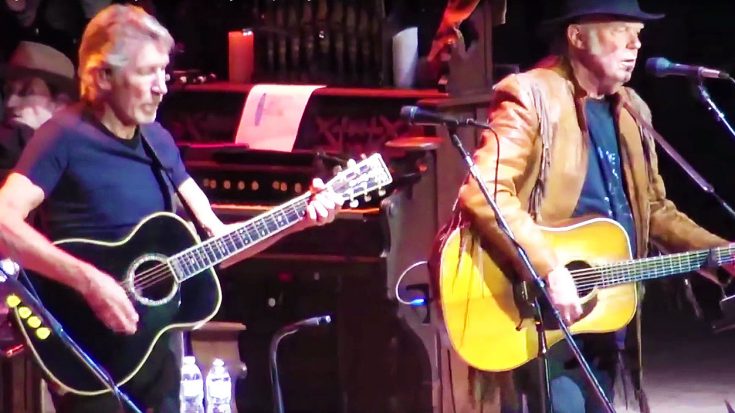 Everyone on this stage is “Forever Young”

Two weeks after the conclusion of Desert Trip Festival, Roger Waters and Neil Young once again both landed on the same lineup! The two legends performed the 30th annual Bridge School Benefit in Mountain View, California. The concert, which is hosted by Young, featured an all star lineup, including names like Metallica, Dave Matthews and Willie Nelson.

Rather than play separate sets like they did at Desert Trip, Young and Waters decided to play a duet! For the duet, they paid tribute to their friend, fellow legend and Desert Trip performer Bob Dylan. The two teamed up for an amazing rendition of Dylan’s classic “Forever Young.”

Fun Fact: Dylan had four children between 1966-1969, including his youngest Jakob, who went on to front The Wallflowers. In 1974, he got back together with his original backing group The Band, and recorded Planet Waves, which included this uplifting message from a parent to a child. The song has endured as one of Dylan’s classics, and in 2009 it was remixed by will.i.am for a popular Pepsi commercial.

Dylan recently was awarded the Nobel Prize for Literature, however has yet to mention anything about it, or accept it. Young and Waters’ cover is fantastic, and they are also joined on stage by alternative rock band My Morning Jacket. All three together sound fantastic, and if you’re a Dylan fan, you’ll enjoy this!

Check it out down below!