Michael Anthony Has Finally Made Contact With Van Halen After 10 Years! 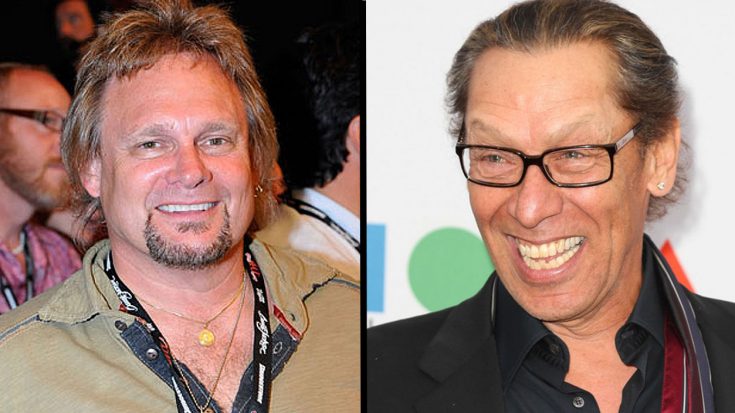 Is The Michael Anthony-less Van Halen Period Finally Over!?!

Michael Anthony recalls it all happening as a result of him talking with a friend named Craig DeFalco. “Next thing you know, we were talking about the band and the good old days and all that stuff. ‘Cause he did, I think, at least two or three Van Halen tours with me back in the ’80s. So we’re talking, and next thing you know, I’ve got him holding his iPhone up and I’m shooting a video going, ‘Hey, Alex, man. Just talking about the good times and everything that’s going on now. Next thing I know, Craig is handing me the phone and goes, ‘Here, Al wants to talk to you.’ And I’m, like, ‘What?’ And this was this past May. And I hadn’t spoken to Alex in, like, 10 years, I think 10 or 11 years. It was just great to talk to him. We talked for about 20 minutes, and had a great conversation — just about life in general and getting older and what’s going on around us in the music industry. And it was actually really great talking to him.”

Michael Anthony is asked about possibly reuniting with the band. “In some ways, I’m kind of over it, only because you can only hold your breath for so long. I love going out and playing the music, and if we did it, though, it would have to be none of this four separate planes and four separate this and that, and you only see them onstage. I don’t know if it can ever be a brotherhood like it was before.”

So as you can see, right now, the conversations are few and non-productive, but we can’t necessarily rule anything out just yet. So keep your fingers crossed that this will hopefully lead to more talks!