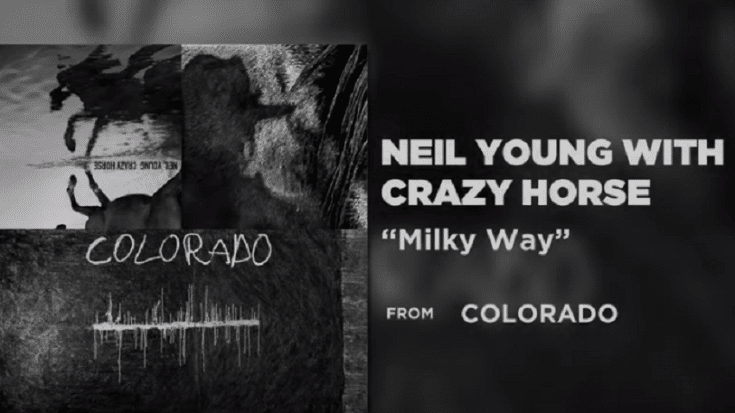 A Little Surprise For Fans

Neil Young and Crazy Horse just teased a track off their upcoming album Colorado which will be out on October 25. You can listen to the official audio of “Milky Way” below – a six-minute guitar jam with rich imagery and solos. It’s gentle but it packs a lot of punch. He has performed this song several times and has been featured in his more recent setlists but this is the first time that fans get to hear its studio version.

Young has been dropping hints about his new LP for months now. He wrote back in April:

“We believe we have a great Crazy Horse album, one to stand alongside ‘Everybody Knows This Is Nowhere’, ‘Rust Never Sleeps’, ‘Sleeps With Angels’, ‘Psychedelic Pill’ and all the others.”

It was in early August when Young finally announced the release date of Colorado. This is the first time in seven years that he’s worked with Crazy Horse – the last time was in 2012 for Psychedelic Pill. Along with the album itself, there will also be a documentary included about its making titled Mountaintop Sessions.