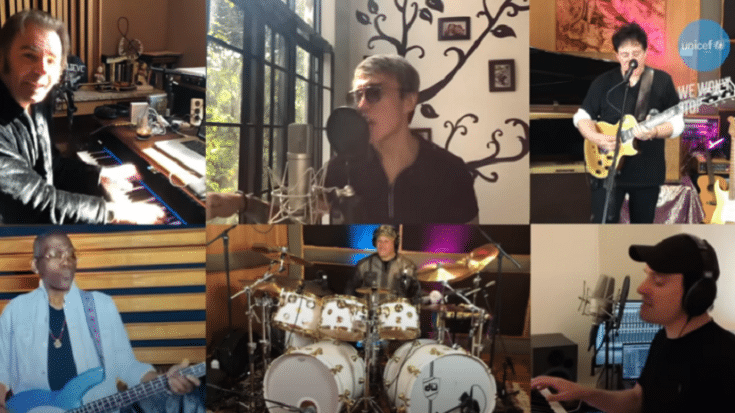 He Says “The Band Is On Fire”

In an interview on SiriusXM’s “Trunk Nation With Eddie Trunk”, Neal Schon has revealed that Journey’s new lineup which they debuted a few months ago are working on 13 tracks, ready for their new album. They’re set to release new music early next year. They’re going to drop singles leading up to a proposed 2021 tour along with a possible documentary film.

Along with keyboardist Jonathan Cain, singer Arnel Pineda, bassist Randy Jackson, drummer Narada Michael Walden and keyboardist Jason Derlatka, the members are scattered all over the globe and had to take advantage of technology to record their parts remotely.

Schon says, “It’s going really, really amazing. We’ve got like 13 new tracks in the can that Arnel is now singing on. But the band is on fire, man. I’m excited about this record. I believe we’ll start releasing things after the new year.”

He continues, “We have new management now that has come into play, and they’ve been amazing to work with — Q Prime [with] Peter Mensch and Cliff Burnstein — and they have quite a team put together, which I think they’ve proved themselves throughout the years. And they get it. I know last time we spoke, I thought we were gonna release a single a lot earlier, and then this all came down and they wanted to push it back a bit, and it makes sense. So we’re gonna release a single, another single, a few months after that another single, and then hopefully by then, near the end of ’21, we’ll be back on tour when everything gets up and running again.”

Although Journey hasn’t finished the 13 songs, Schon is hoping that at least seven or eight will make the final cut. He adds that he’s “really pushing to go for a diverse record, like we did with ‘Escape’, that has a lot of different elements to it, musical elements. And we dip back into some heavier, R&B-type rock, like ‘Separate Ways’ kind of vibe, with Randy and Narada, because the rhythm section is just solid. It sounds amazing.”