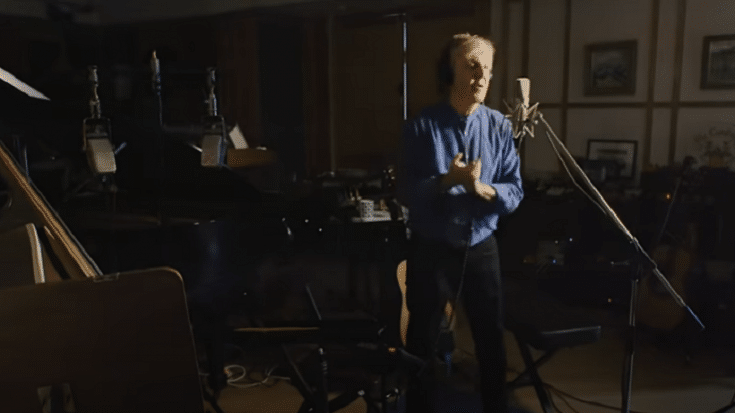 He Says That “Most Of It’s New Stuff”

After teasing it on social media and Spotify, Paul McCartney is prepping the follow-up to 1970’s McCartney I and 1980’s McCartney II. Titled McCartney III, he recorded it in nine weeks during lockdown in his home studio in the countryside. And in a new interview with BBC 6 Music’s Matt Everitt, he admitted that he was just “messing around, never suspecting for one second that this was going to be an album.”

Aside from the COVID-19 pandemic, he also drew inspiration from what his parents experienced during World War II.

The 78-year old legendary rocker says, “They survived. They survived the bombing and losing people left, right and centre, and yet they came out of it with an incredible spirit. So it’s good to think, ‘Well, if they could do it, I can do it.'”

At the beginning of 2020, McCartney didn’t plan on releasing a new album but now his McCartney III is slated for release in December 11.

Speaking about the songs, he explains: “Most of it’s new stuff. There are one or two [songs] that I hadn’t finished and, because I was able to get in the studio, I thought “OK, wait a minute, what about that one?” So I’d get it out and think, “Ugh, oh dear.” And you’d try to figure out what was wrong with it, or why you didn’t like it. In some cases the vocal or the words just didn’t cut it, so you’d strip it all down and go “OK, let’s just make it completely different”. When I’d done them, I was going “Well, what am I going to do with this?” And it suddenly hit me: this is McCartney III. You’ve done it all yourself, like the others, so this qualifies.”