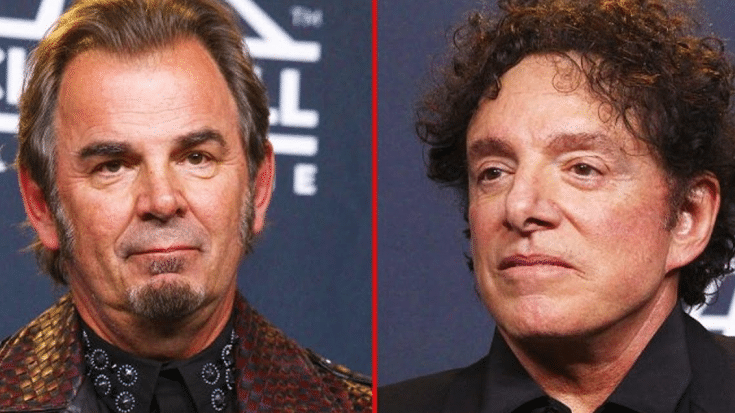 “This action is brought to turn the lights on, so to speak, and obtain critical financial information Schon has been trying to obtain but has been denied.”

In 1988, the two established this limited-liability corporation called Nomota in 1998 which handles Journey’s business dealings. In this corporation, Cain and Schon have an equal share of 50/50 ownership. However, Cain later opened Nomota’s American Express account “without Schon’s consent or knowledge, with only Cain as the account holder.” Schon’s lawyers also defended:

“Schon has tried to avoid legal action, repeatedly requesting that Cain grant him access to the AMEX account. For many months, Cain and his representatives have represented that Schon would be granted access. But every time Schon contacted AMEX, AMEX informed him that he was still not authorized to access AMEX account records.”

And they insisted that Schon, as Cain’s business partner, “must have unfettered access to Nomota’s records so that he can oversee and manage Nomota/Journey. … The AMEX account is a Journey account, not a personal account of Cain, millions in Journey funds have flowed through this AMEX account.”

Denying access simply meant that Schon couldn’t determine the portion of Journey’s profits to which he is entitled as the founder and president of Journey. Aside from that, Schon’s camp also claimed:

“Cain is interfering with Journey, refusing to respond to booking opportunities, blocking payment to band members, crew and vendors, refusing to execute necessary operating documents, and in other ways as well. Cain has obstructed Schon from viewing expenses incurred by Cain and his touring party on band tours.”

“Cain has further refused to deal with critical, time-sensitive touring contracts for Journey’s 2023 tour and ensure payment for band members and crew, who Cain contends are ‘non-essential.’

“Schon believes those band and crew who are crucial to the band’s success should be paid. Cain’s conduct is inexplicable.”

A preliminary hearing for this case is scheduled for March 3. Earlier this year, Steve Perry took legal action as well after Cain and Schon submitted trademark registrations for over 20 Journey songs.