Brian May Wants To Tour Again With Adam Lambert 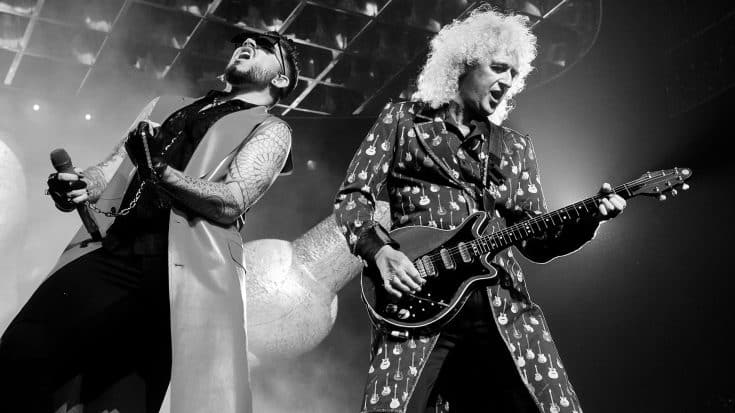 LONDON, ENGLAND - JULY 02: (EDITORS NOTE: Image has been converted to black and white.) Adam Lambert (L) and Brian May of Queen perform live on stage at The O2 Arena on July 2, 2018 in London, England. (Photo by Matthew Baker/Getty Images)

Recently, Brian May revealed that the idea of a possible tour was being brought up and discussed together with his Queen bandmate Roger Taylor and Adam Lambert. However, according to May, it could be their last trek.

“There’s a strong possibility that we’ll be going out together again.

“We’re talking about that as you and I speak, making those decisions. Now, it does get to be more of a decision as you get older. I’m not 35 anymore and leaving home for two months is not easy. But we feel as like if we’re all fit and well, that we’d like to go out there one more time. It would probably be in the United States in 2023 at some point.”

This potential tour was described by May as having a “strong possibility” and he wanted to do that before making new music. Although they have worked together in several collaborations before, it has never gotten to the point wherein singer Lambert and Queen wrote music together. The only thing that May did in the past was to appear on one track of Lambert’s 2015 album, The Original High. May said:

“I’ve got to tell you it hasn’t happened yet, but we do bring the subject up.

“Generally, when we are together, the live show is all-consuming. There isn’t really time to discuss any studio action. We feel as if the live stuff is what the public wants.”

“And when we’re not on tour, Adam has his own career — he just gave me some stuff that he’s working on for his next album, and it’s remarkable.

“So, I suppose that the opportunity to make an album together [might not] come up, but I’m not saying that it couldn’t happen.”