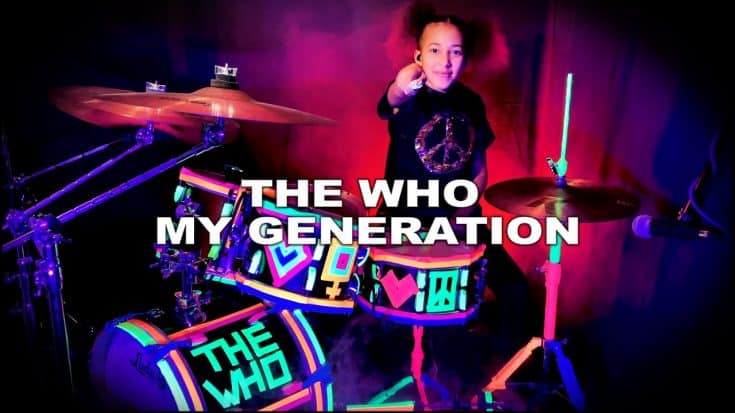 10-year-old drummer Nandi Bushell paid tribute to The Who’s late resident madman with an energetic take on the classic hit “My Generation”. When she posted it on social media, she described it as “one of the most difficult covers I have ever made”.

“I think this song really suits my style,” she added. “Fast, Fun and Rocking with a Punk edge!”

Bushell rose to popularity thanks to a series of drum covers that went viral, one of which was Nirvana’s “In Bloom”. She has also taken on songs by My Chemical Romance, Led Zeppelin, Blur and Slipknot. Her playing is so good that she caught the attention of Foo Fighters frontman Dave Grohl. Throughout the lockdown last year, the two drummers engaged in a drum battle that began when Bushell challenged Grohl after she covered “Everlong”.

“She’s beating the crap out of her drum set, and when she does drum rolls, she screams,” Grohl said in an appearance on The Late Show With Stephen Colbert. “I was like, oh my God, this kid is a force of nature.”

“Every time she would put out these videos on her page, I’d be like, oh my God, I’m gonna get my ass kicked again,” he added.