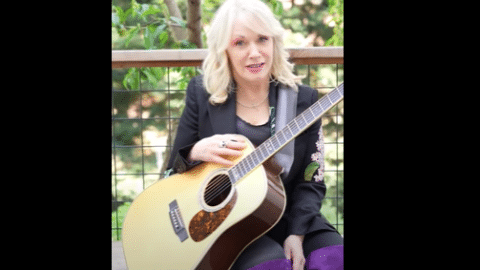 From One Legend To Another

Eddie Van Halen inspired and influenced countless guitarists and one of them is Heart’s resident axeslinger, Nancy Wilson. In her upcoming debut solo album “You and Me”, which is out on May 7 via Carry On Music, she pays tribute to EVH with a moving song titled “4 Edward.” It’s the perfect way to wrap up her 12-track LP which features a mix of originals and cover versions such as her take on Pearl Jam’s “Daughter” and Bruce Springsteen’s “The Rising.”

“When Heart toured with Van Halen I asked Eddie why he never played acoustic guitar,” Wilson recalls. “His response [was] ‘I don’t have one.” I gave Eddie one of mine and he immediately wrote a song on it that stole my heart. After he passed, it hit me so hard I felt it was time to pay tribute to him.”

She previously revealed a few months ago that it was her who first gave EVH an acoustic guitar. The following day, EVH “played for me this beautiful piece of acoustic guitar instrumental music on the phone.” She called the piece “so beautiful” and “one of the prettiest things I’d ever heard.”

Wilson worked on “You and Me” during the pandemic and she enlisted the help of her fellow rockers like Sammy Hagar, Duff McKagan, and Taylor Hawkins.