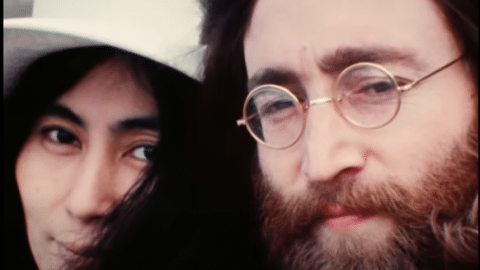 A Peek Into John Lennon and Yoko Ono’s Mansion

“With the Plastic Ono Band albums, John and I liked the idea of this really raw, basic, truthful reality that we were going to be giving to the world,” Ono wrote on the package’s accompanying book. “We were influencing other artists, giving them courage, giving dignity to a certain style of vulnerability and strength that was not accepted in society at the time.”

The video below was filmed at Lennon and Ono’s Tittenhurst Park mansion in Berkshire, England on July 16, 1971. Directed by the couple, it was recorded by Nic Knowland and offers a peek into the upstairs area of their home. It shows their master bedroom, balcony, dressing rooms, bathroom, and has several “timed Easter Eggs” for viewers to explore such as Ono’s book “Grapefruit”, artworks, film reels, the piano Lennon used to compose “Imagine”, his own guitar cases, and even steamer trunks.