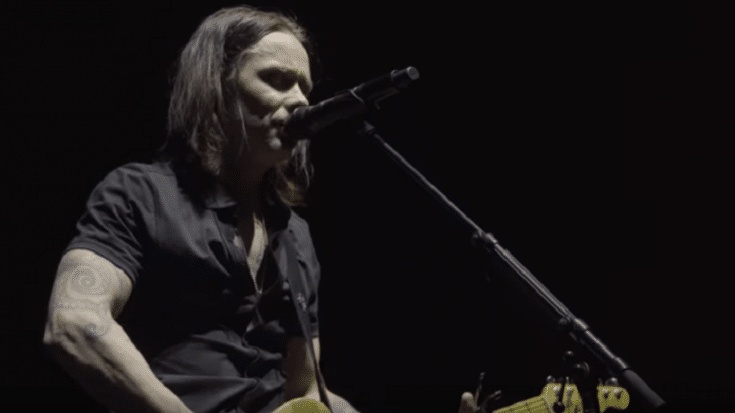 On December 9th, Alter Bridge gave the audience at L’Olympia in Paris something to remember – a special rendition of “Hallelujah” performed by frontman Myles Kennedy. The venue is where Jeff Buckley recorded his live album in 1995 and so Kennedy decided to go the extra mile by using the late musician’s very own guitar for the cover – Buckley’s famous 1983 Fender Telecaster lent to him by Matt’s Guitar Shop. It’s what Buckley played in the official music video of “Hallelujah.”

Buckley’s rendition of the 1984 Leonard Cohen classic has become one of the most acclaimed versions. It wasn’t a hit after its release and only saw success after Buckley’s death in 1997. It was in 2002 when it finally received gold record status.

For this particular performance, Kennedy delivered the goods – staying faithful to Buckley’s version. Kennedy has always been vocal about Buckley’s influence on him. In fact, a few months ago, he told Music Radar: “When Jeff Buckley came out, there was such a level of musicianship and emotive quality to his voice that really appealed to me. He had this angelic sound which I hadn’t heard many male singers utilize. He used a lot of falsetto and soft-spoken ideas, almost more of a feminine side, which I thought was really interesting. He had this power in his upper register. It was ferocious when he went into those almost Robert Plant-style wails; then he would bring it down into something very soft that would draw you in. It was his sense of dynamics and that overall control over his voice that really appealed to me. ‘Grace’ is a truly brilliant album… I think we were robbed of a great talent there.”