Musician Tackles Iron Maiden’s “The Trooper” On Banjo, And It’s As Good As You’d Expect 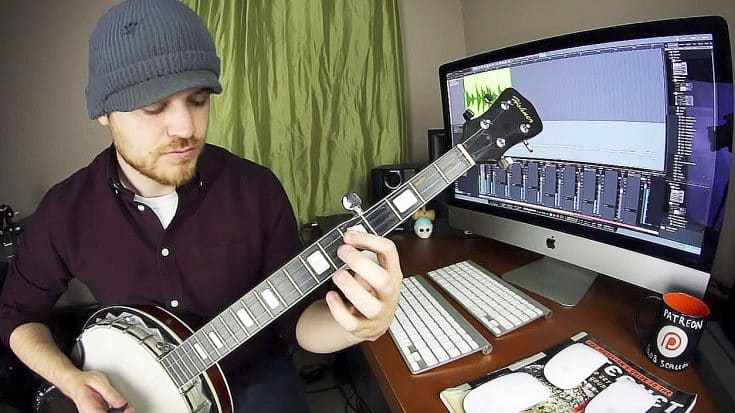 Seriously… This Is Just Too Awesome!

Being a musician myself, I always get cramps in my hand even just thinking of how Iron Maiden plays their music. Fast, explosive, precise, aggressive, and prolific are all words that can be used to described Iron Maiden’s musical abilities. It goes without saying that the fine gentlemen in Iron Maiden are undoubtably some of the greatest metal musicians of all time.

They are also regarded as some of the most influential musicians in all of metal music. Their musical ability, style, stage presence, and overall body of work are often imitated, yet never duplicated. They are one of the best bands ever, pure and simple.

Pulling off a cover of one of their songs, whether it’d be singing or playing an instrument is one of the biggest challenges a musician could ever take on, but just imagine trying to do so with a banjo! Sounds impossible right? Well, it’s actually not! Here’s the proof!

What you’re about to watch is a video in which an extremely talented musician by the name of Rob Scallon performs a banjo cover of the Iron Maiden song The Trooper. To put it simply, this will blow you away! Don’t believe me? See for yourself!