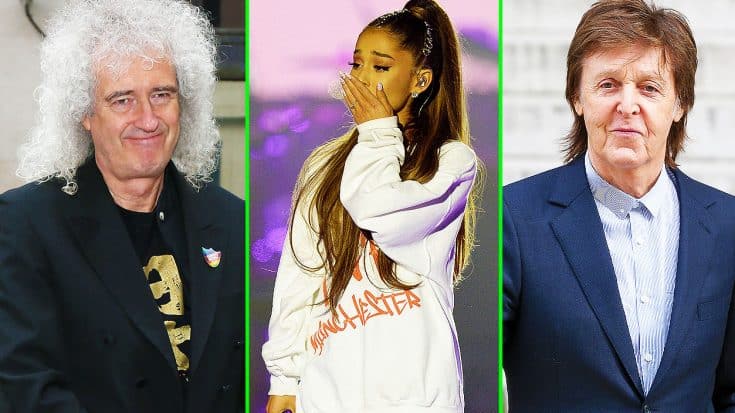 It was an emotional day for all….

On May 22nd, the city of Manchester, England was struck with a horrific terrorist attack. A suicide bomber detonated a device in the foyer of the Manchester Arena following an Ariana Grande concert, killing 23 people, and injuring another 120. Since the bombing, there have been many discussions about heightening security at concerts.

In honor of the victims of the attack, Grande put together a charity concert in Manchester, which featured artists like Coldplay, Liam Gallagher, Katy Perry, Marcus Mumford and Justin Bieber. The concert’s proceeds all went to the Britain Red Cross, and the event was televised, as people were encouraged to call in and donate to the #OneLoveManchester fund. The 20,000 who were at the concert the night of the horrific attacks, were comped VIP tickets, and another 30,000 bought tickets, bringing the concert’s attendance to 50,000. Overall, the event raised $13 million dollars was raised for the Britain Red cross, counting all of the ticket sales, merchandise sales and donations.

Although there weren’t any headlining performances from classic rock acts, rockers wasted no time in sharing their positive reactions for the emotional event.

Peter Frampton offered some kind words as he tuned into the event.

This is so wonderfully powerful! Thanks to everyone there watching and performing. Love you Manchester #OneLoveManchester

Brian May also tuned in, and said he wish he could be there.

Paul McCartney did not tweet anything personally, but did retweet Ariana’s tweet with the link to donate. We encourage you to please make a donation!