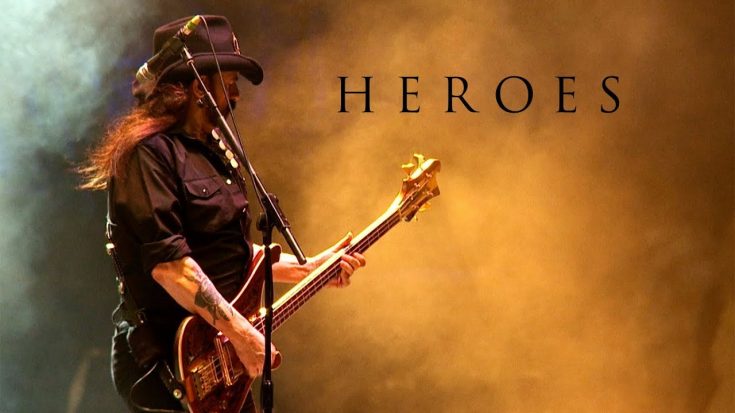 Motörhead’s cover of the David Bowie 1977 classic “Heroes” has just reached a new milestone on YouTube. The music video has surpassed 50 million views on the platform!

Recorded during Motörhead’s sessions for their final album “Bad Magic” in 2015, it was one of the last songs they worked on before frontman Lemmy Kilmister passed away on December 28,2015 at 70 years old. Interestingly, they played it live only once – in June 2015 as an encore during their performance at Germany’s Aftershock Festival.

“It’s such a great Bowie song, one of his best,” guitarist Phil Campbell said in a press release, “and I could only see great things coming out of it from us, and so it proved to be. And Lemmy ended up loving our version.”

“He was very, very proud of it,” drummer Mikkey Dee added, “not only because it turned out so well but because it was fun! Which is what projects like this should be — fun!”

Motörhead’s gritty version was released on Record Store Day in April 2018. It appeared on their compilation titled “Under Cover”, which featured the band’s other take on songs by Judas Priest, Sex Pistols, Metallica and others, dating back to 1992.