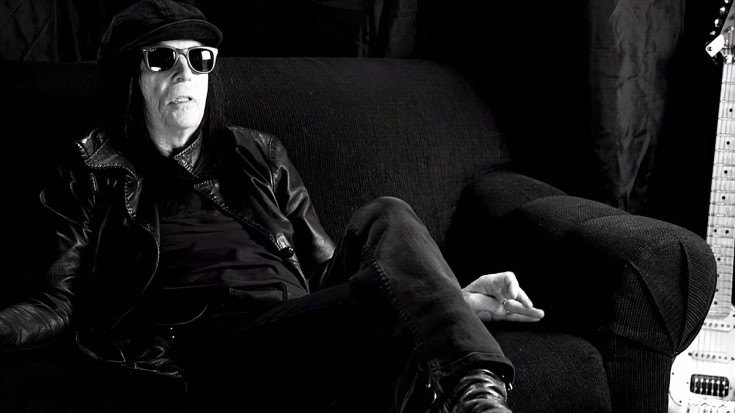 “I Don’t Need That To Tell Me My Music Was Good.”

For a band that’s been officially retired for 6 months, Mötley Crüe’s been in the news quite a bit lately – dishing dirt on each other now that the curtain’s come down and the makeup washed off, launching brand new projects and gearing up for tomorrow’s release of their final concert film The End – but for some reason, this might just be our favorite Crüe moment thus far. Quiet though always brutally honest and easily described as irascible, Mötley Crüe guitarist Mick Mars loves his career; it’s taken him to places most of us have only ever dreamed of and brought him all sorts of fame and fortune, but in the interview you’re about to see he makes it crystal clear that at the end of the day, his career is defined by Mötley Crüe’s legions of fans – not an award.

“I don’t need a golden star—like what you got in kindergarten for taking a nap?—I don’t need that to tell me my music was good. Out there tells me it is – the crowd.”

In a world where musicians flock to awards show after awards show and in some cases, throw tantrums when they don’t win, Mick’s refusal to let that define his legacy is a breath of fresh air. Whether it’s age or just the confidence that comes with knowing you did what you love because you love it, we don’t know – what we do know, however, is that this makes Mick Mars even cooler in our eyes. We wish Mick and the rest of Mötley Crüe the best of luck as they begin the next chapter of their lives!