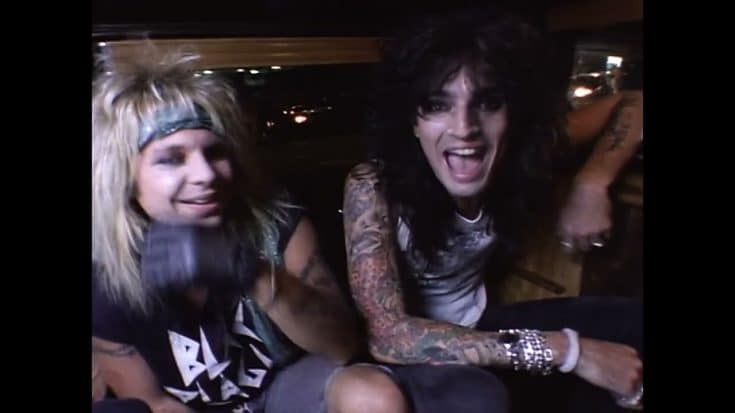 A remastered version of the video of Motley Crue‘s 1989 track, “Kickstart My Heart,” is now streaming.

“Kickstart My Heart,” is the second remastered video the band has released following the title track “Dr. Feelgood,” from their fifth studio record.

Going back to when it was first released, this track became a US Top 30 hit. It even debuted at Number 1 spot on the Billboard 200. In addition to that, it was their best-selling album in their entire career with US sales of more than six million copies for the record.

Recently, Motley Crue has just finished their North American Stadium Tour with Def Leppard alongside other guest acts, such as Poison and Joan Jett & The Blackhearts. According to reports, the tour earned more than $170 million dollars after delivering performances in 36 different cities, making it the biggest tour both bands have ever made.

In 2015, Motley Crue conducted their farewell tour after signing the cessation of touring agreement. The agreement wherein they promised to not perform again ever as a band or together. However, after five years, the band announced that they will be participating in the Stadium tour together with Def Leppard. Both bands were also hinting recently that they plan to perform more dates in 2023.

Watch their remastered music video below.