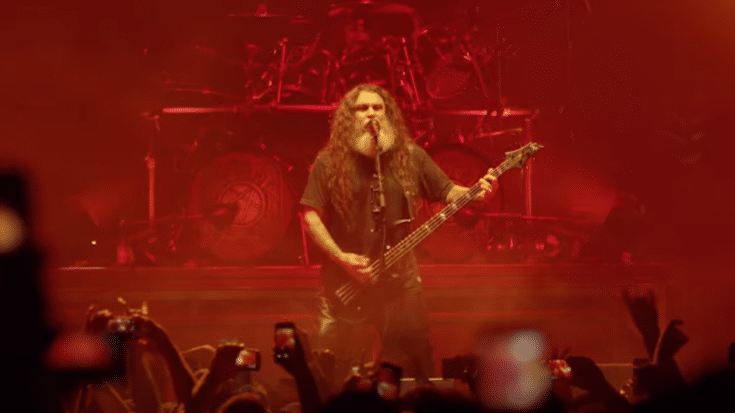 It’s not unusual for parents to name their kids after their favorite historical figures, celebrities, or musicians. But a mother of three from New Zealand took it to the next level by naming her children after three of the biggest heavy metal acts on the planet – Metallica, Slayer, and Pantera.

This news came from documentary filmmaker and actor David Farrier in a message to his newsletter subscribers. He then took to Twitter to retell the story in a series of tweets.

thread 1/4: proud to report that a new zealand mother has named her children metallica, pantera and slayer. she told me “it’s not easy raising three of the heaviest bands”: https://t.co/kiXGTrr60A

thread 2/4: i become a bit suspicious when she also included @metallica‘s best album “…and justice for all” in her kid’s name too, but new zealand’s registrar-general seems to confirm it’s a real thing: pic.twitter.com/1jOy5AUWxT

Farrier was skeptical at first, until he saw the kids’ birth certificates. And get this, Metallica’s middle name is “…And Justice For All” because again, why not? Still a bit suspicious, he checked with New Zealand Registrar-General Jeff Montgomery who confirmed that their births have been registered. Montgomery also added that “there are no restrictions on naming babies after bands or albums, as long as the word used is not generally considered to be offensive or does not resemble an official rank or title.”

thread 3/4: … plus, i’ve seen the birth certificates. anyway, waiting for comment from @metallica , @slayer and @pantera as clearly this metal mother (and her kids) deserve free metal gigs for life

thread 4/4: finally, i think it’s important to note (as you can see in the photo in my article) this mother is also a big fan of crossbows which are also truly metal and she deserves our complete and utter respect for this (and for raising three kids): https://t.co/kiXGTrr60A

Back in April, another mom took to Twitter to reveal that her child was accidentally named Korn instead of Kora after the hospital messed up. Let’s just hope nobody names their kid Tool, accidental or otherwise.