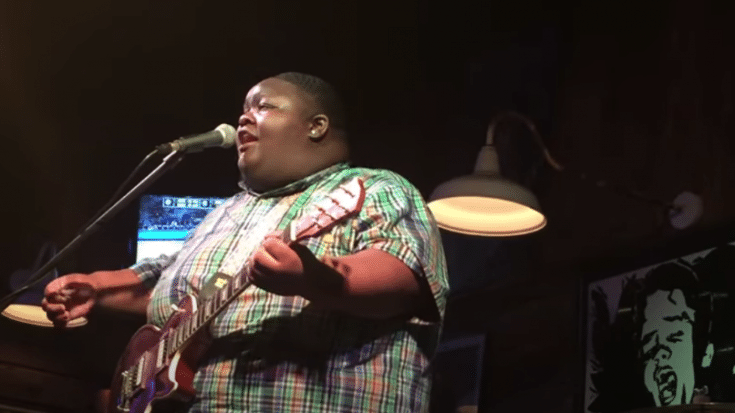 Christone “Kingfish” Ingram was just a teenager when he wowed the crowd at the Blue Canoe in Tupelo, Mississippi on March 17, 2017. Even so, there’s no doubt in anyone’s mind that blues is in good hands with this young musician who has already proven his virtuosity several times over. He may be young but he’s already worked with some of the greats like Buddy Guy, Tedeschi Trucks Band, Eric Gales, and many more.

He’s also getting recognition for his amazing talent. Guitar World listed him at #11 on their list of 30 Best Blues Guitarists in the World Today. The magazine described him as having “a sense for feel, phrasing and vibrato that helps him shake the very soul out of his instrument.”

“I try to do a number of things,” he told Guitar World. “I try to take what the guys in the past did and give it a different format. And I try to mix elements. Like, there’s some rock stuff in there, which has pretty much been done time and time again, but I do it in my own way.”

“I find myself trying to please the old people while I’m also trying to speak to the new people,” he added. “Because the blues isn’t just about ‘My baby left me.’ The blues was the Civil Rights movement and it’s everything that we have going on in the world now. It brings us together.”

Check out Ingram below as he powers through Jimi Hendrix’s classic hit “Hey Joe”.