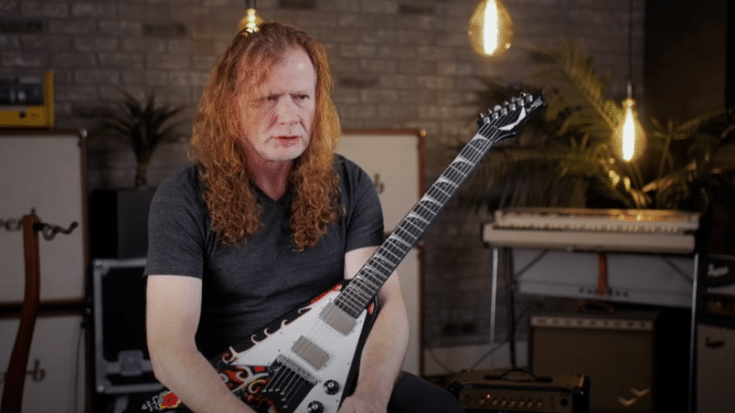 Megadeth Has Moved On

Just weeks after Dave Mustaine announced that David Ellefson’s bass tracks have been deleted and won’t appear in the new Megadeth album, Mustaine confirmed that the bass parts are already done after they brought in a new bass player. However, the band has not yet confirmed whether the still-unnamed bassist will be a permanent member of their current lineup and if he/she will be joining their live performances.

In a Cameo video message Mustaine sent to a fan named Tina, the rocker teased their upcoming studio effort.

“I hear you’re a big pretty fan of ‘Fatal Illusion’ right now. That’s cool,” Mustaine said. “Actually, we’ve got one song on the new album — it’s called ‘The Dogs Of Chernobyl’ — which is very similar to ‘Fatal Illusion’ in aggression. So I hope you like that song when you get the new record.”

“It won’t be long. It’s a matter of finishing the parts when I get home today and tomorrow,” he added. “Our bass parts are all done. And it won’t be long, so I’m looking forward to seeing you at the meet-and-greet. Until then, take care and stay metal.”

It was back in June when Megadeth fired Ellefson following allegations of grooming an underage fan. Ellefson has since denied them and has pressed charges against the one who leaked the sexually explicit videos and messages.