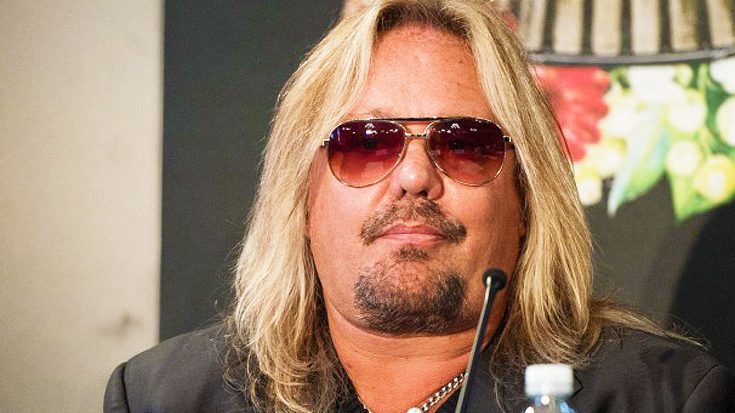 The ‘Crüe’ member continues to go through a rough patch

Back in April, Vince Neil assaulted a women outside of a Las Vegas hotel. Since then, the woman has filed a lawsuit, and has pressed charges against the rocker. Well, new unfolding of the case have taken place, and it looks like Vince will have to suffer some consequences.

As was expected, the lead singer has officially plead “guilty” to his charges, and is set to face a minimum six months “informal” probation, pay a $1,000 fine and undergo counseling for impulse control.

The assault took place in Las Vegas, NV outside of the Aria Hotel and Casino. Neil was with actor Nicolas Cage and comedian Carrot Top when the victim’s son recognized the trio. She shouted to Cage, saying her son was a huge fan of his movies, when Neil assaulted her. The woman claims the attack was not provoked at all, and that Neil grabbed and pulled her hair from behind and yanked her to the floor.

Hopefully Vince learns from this and the counseling assists him. We would hate to see him go down this road again. It is still unclear if the woman’s proposal to sue Neil will follow through. She is asking for a hefty $75,000 to pay for her hospital bills, and the recovery she needed following the attack.

Here is the video of Vince Neil In Vegas down below!