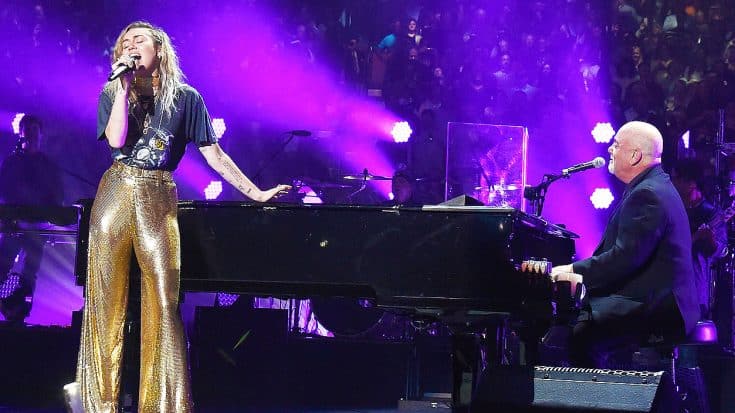 Billy Joel and New York are synonymous. The guy pretty much owns Madison Square Garden, where he holds a residency and currently has a streak of 44 consecutive shows sold-out at the historic venue. While Miley Cyrus took over the Tonight Show with Jimmy Fallon, she decided to swing by The Garden one night and join Billy on stage for an unforgettable duet.

During Billy’s set, he swung into the instantly-recognizable piano riff of “New York State of Mind.” After the first chorus, Billy surprised the audience by calling up Miley, who’s voice blended perfectly into the song, as she belted out the second verse and chorus flawlessly! As of recent, Miley has definitely been gearing her music toward a more vocal approach, rather than a shock-value stage presence and we must say, it’s really working out for her for the better! Her voice is actually pretty solid and we hope to hear more from her like this!