After His Son’s Untimely Passing, Steve Howe Vows To Pay Tribute To Him The One Way He Knows How 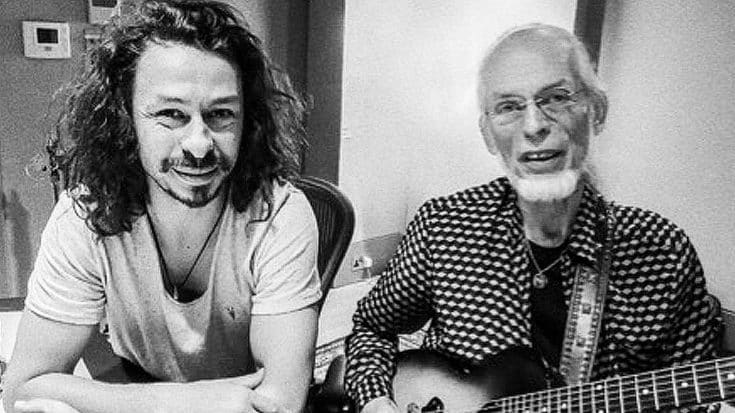 Virgil Howe To Be Remembered

This past September, Virgil Howe, son of legendary musician and Yes member Steve Howe, suddenly passed away at the young age of 41. The cause of his death is still unknown, but the news was broken via the band Yes’ official Facebook page in a lengthy statement.

We have had yet to hear from Steve or any other member of Yes regarding the sudden, sad news, but now Steve Howe seems to be firing back on all cylinders and pushing forward with a new collaborative album with late son Virgil.

In an interview InsideOut Music, Steve Howe had this to say.

“Virgil and I had only recently completed recording Nexus, which contains eleven of his tunes to which I added a guitar to suit each one. We delivered it to InsideOutMusic in August for release on 17th November. We started to work together in 2016 by selecting about nine tunes from his ‘stockpile’ of piano based music that he’d periodically sent Jan & I each time he’d written and recorded a new idea,” Steve Howe said in a release. “I began adding guitars to them, then I’d play them to Virgil. He’d then surprise me by bringing up other channels of instrumentation which I’d never heard. The tunes went from straightforward ‘duets’ to something bigger & better, more of a complete picture than a mere shape. “Free Fall” & “Nick’s Star” were added from earlier sessions, the latter being his tribute to the passing of his best friend Nick Hirsch.

“Nexus explores a completely different side of Virgil’s ability, as a writer & keyboard player – ‘in his own right,’” Steve Howe continued. “His talents were multi-diverse, so sitting at a keyboard & computer or in the middle of his drum kit, at all his regular DJ-ing gigs or on the radio, he always gave his best. We hope that the music just completed will stand as a fitting tribute to his life and legacy.”