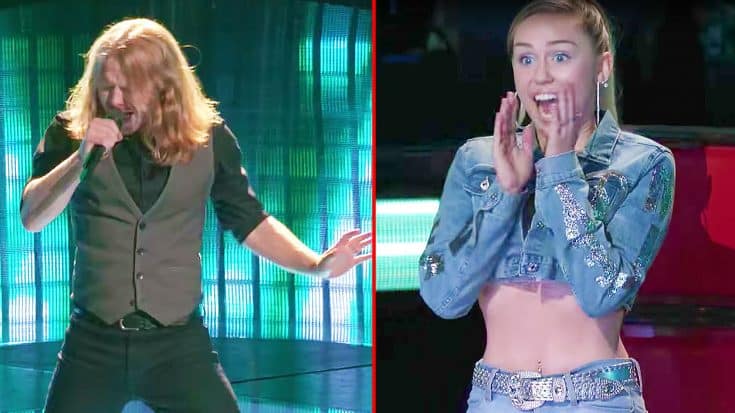 His vocals were spot on!

What’s disappointing about most of these music competition shows these days, is that they are always searching for the next “pop” sensation. If the judges don’t see any marketability with you in the pop music genre, they’ll pretty much turn you away regardless of your talent. Which often means rock and roll acts are commonly shunned from these competitions.

However, The Voice is a little different. The Voice tries to focus solely on the talent of the artists, and makes the auditions blind, so the judges can’t judge the person’s looks until the very end. Well last night, Adam Pearce wow’d the judges with his insane audition cover of Foreigner’s “Hot Blooded,” and the judges were incredibly impressed! Miley Cyrus and Adam Levine both buzzed and turned their chairs around in hopes of claiming him on their team! If you close your eyes, he sounds just like Lou Gramm, who originally sang on this track! Apparently this is Pearce’s second time on the show, after being eliminated in a past season. Here’s hoping he has better luck this year!