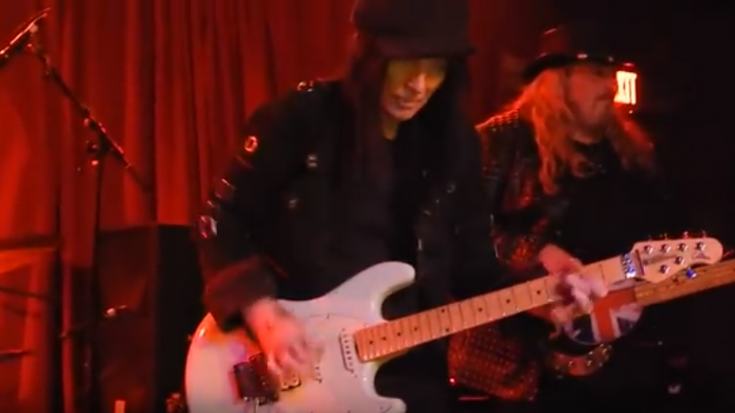 On June 23, MÖtley CrÜe guitarist Mick Mars turned up at the Ernie Ball Music Man Pickers’ Paradise Party held at the Mercy Lounge in Nashville, Tennessee. It was the first time he took the stage since the legendary band played their farewell show last New Year’s Eve. He performed cover tunes of some rock classics like Led Zeppelin’s “Rock and Roll” and Jimi Hendrix’s “Hey Joe”. He was joined by Kenny Olson and his band. He later posted his thanks on Twitter.

Had a great time at NAMM jam tonight. Thank all of you who showed up. Thank you @ernieball ??

The party was part of the annual event, NAMM Show which is described as “the world’s largest trade-only event for the music products industry”. Mick is also slated to release a solo record in collaboration with John Corabi. He’s already given us some snippets, a 30-second clip and session photo and we can’t wait to hear his first post-Crüe LP!