Glenn Hughes Talk About Possibility Of Another Collaboration With Tony Iommi 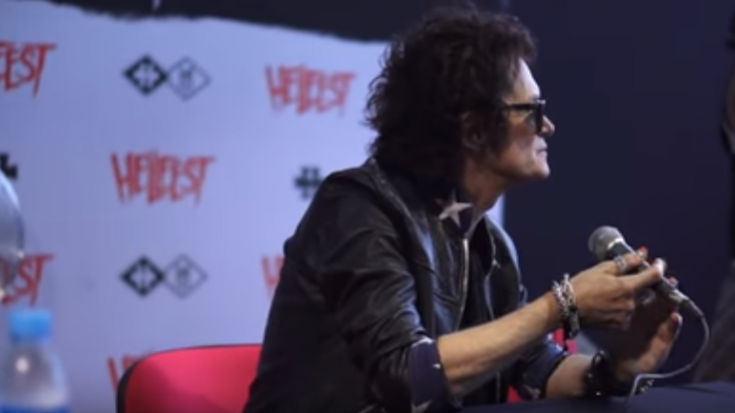 During this year’s Hellfest, Glenn Hughes joined a question and answer session during the press conference. He talked about his contribution to the Black Sabbath album “Seventh Star” and was also asked IF he is considering another album collaboration with lead guitarist Tony Iommi (previous collaborative works included 2005 “Fused” and 2004 “The 1996 DEP Sessions”) since the legendary heavy metal band has embarked on their farewell tour and will most likely hold their last show together next year .

He has this to say:

“Tony and I speak, or get together, every year, and we sort of look at each other and go, ‘Shall we do another one?’ And it’s kind of like a little joke, but you never know, because we really are close friends and we really do work together really, really well. But more importantly, what I want for Tony is for his health to be great. Tony is doing fantastic. He’s really happy. He has a great family. The most important thing about Tony Iommi is that I just want him to be here on this planet alive, and I would be honored to do another record with Tony. But in the real world, we have to wait and see.”

Now that’s something to look forward to! See the rest of the interview below: