Slash Talks Guns N’ Roses In First Interview Since The Reunion – So THAT’s How He Feels, Huh? 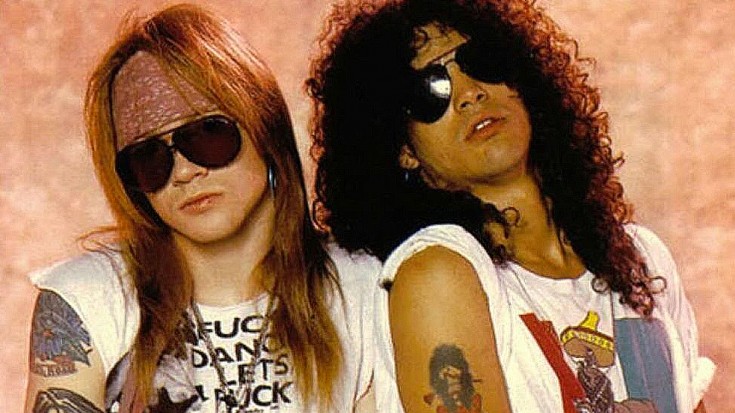 Since Guns N’ Roses announced plans for a summer reunion, we’ve heard from everyone affiliated with the band at one time or another; former members Matt Sorum, Izzy Stradlin, Gilby Clarke, DJ Ashba and Steven Adler, newcomers Frank Ferrer and Melissa Reese – even Axl’s let down his guard and taken time to talk about what’s easily the most exciting tour of his career. We’ve been wondering where Slash was in all of this and as of today, we don’t have to wonder anymore – the guitarist gave his first interview since news broke of Guns N’ Roses’ reunion, and he wants you to know that if you were surprised that Guns N’ Roses managed to get back together, you’re not alone – so was he.

Slash chatted with Aerosmith drummer Joey Kramer this morning on Boston’s WZLX radio station, dishing on his love for all things coffee and when asked how Guns N’ Roses were faring less than a week into their Not In This Lifetime… Tour, he revealed for the first time the shock that came when he and his bandmates realized that not only did they all want to reunite, it was actually going to happen.

“We All Were Pretty Positive That That Would Never Happen. It’s Still Blowing My Mind, It Seems So Surreal To Me.”

We’ve listened to this interview a few times now and we’re cracking up at the shock in Slash’s voice – the guy’s been onstage with Axl and Duff every night for the past week and there’s still several points in the day where he has to shake his head and pinch himself to make sure it’s actually real. Glad to know we’re not alone, Slash! It’s a great little interview, and one that sheds light on one of the happier moments in GNR history so be sure to give it a listen via the audio below!