Mick Jagger On David Letterman – This Is Hilarious! 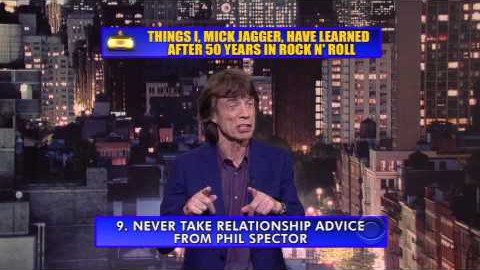 He Can Get No Satisfaction

Even at 73 years old, Mick Jagger still knows how to have a good time (case in point: he just attended this year’s Vanity Fair Oscars Party and obviously had so much fun). So with more than five decades in the rock ‘n roll scene, you’d think he picked up several lessons along the way. Well, you’re right.

Check out this video of him sharing the top 10 lessons he learned. This Rolling Stone frontman sure has some sense of humor which is probably why girls are still going crazy over him. This may have been featured years ago but dang, it never gets old. It still never fails to make us laugh.

Nah, we totally disagree. We bet everyone would nod in agreement when we say the boys of Rolling Stone still have it especially Mick Jagger. So if you need a laugh today, watch this clip.