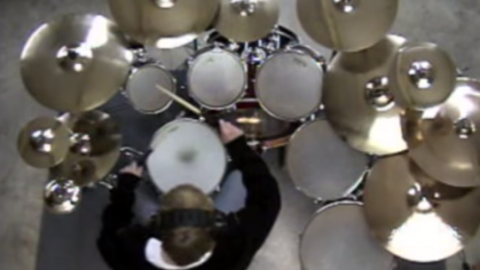 Let’s all stop to appreciate the fact that just an attempt to drum like Neil Peart is a feat in itself. The man is a beast behind the kit. And if you need proof, watch any video of him during his prime, slamming away during his solos. To be fair, Peart’s drumming in “Tom Sawyer” isn’t exactly the easiest piece to play – just ask any drummer.

So kudos to this guy! He did a fine job and it sounds good. In one interview, Peart shared:

“The real test of a musician is live performance. It’s one thing to spend a long time learning how to play well in the studio but to do it in front of people is what keeps me coming back to touring.”

And maybe that’s why his live performances always blow us away. There’s something so incredibly powerful about his playing. He’s a real rock god!