This Kid Took ‘Johnny B. Goode’ To The Moon- It’s Hard to Top This 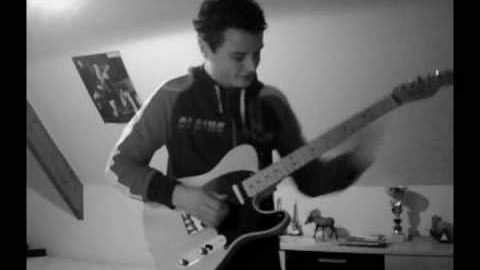 If you’re a big classic rock fan, this guy will restore your faith on the next generation that yes, they’re capable of continuing the legacy of what good music should be like. We like MattRach’s cover of Jimi Hendrix. I mean, this guy has some serious guitar chops.

His covers sure seem to take you back in time. Over the years, he managed to prove himself – that he’s not your average guitar player. There’s something uniquely compelling about his take on various classics and this one is no exception. “Johnny B. Goode”, originally written and recorded by Chuck Berry, made it to Rolling Stones’ list of “500 Greatest Songs of All Time.”

Berry has acknowledged that the song is partly autobiographical and that the original lyrics referred to Johnny as a “colored boy”, but he changed it to “country boy” to ensure radio play.

Aside from MattRach, other artists who covered this timeless piece include The Beatles, Judas Priest and Jimi Hendrix.