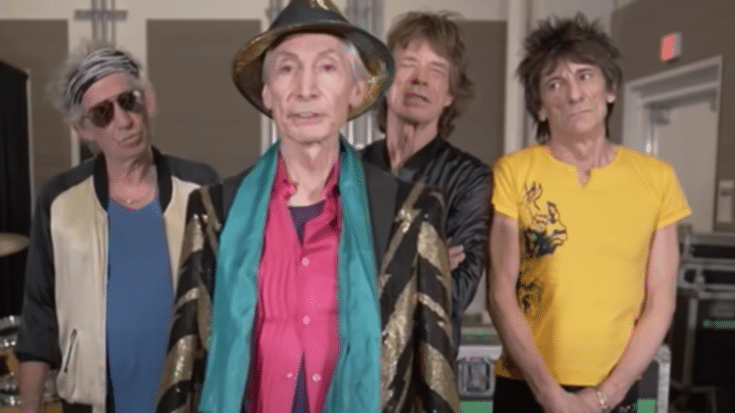 Mick Jagger paid tribute to his friend and late drummer Charlie Watts with an emotional video, which features the life of his longtime bandmate with the Rolling Stones.

The video was accompanied by their song “‘Till the Next Goodbye,” and a voiceover by Jagger. It starts with a photo of the young Watts, followed by pictures of him during their rehearsals and live shows with the rest of the band. At 1:11 mark, Jagger’s voiceover starts telling:

“You know, I miss Charlie because you know he had a great sense of humor and we also were outside of the band, you know, we used to hang out quite a lot and have interesting times. We loved sports, we’d go to football, we’d go to cricket games, and we would have other interests apart from just the music. But you know, of course, I, you know, really miss Charlie so much.”

The Stones just recently wrapped up their 60th anniversary tour in Germany with an emotional tribute to their legendary drummer. Watts passed away on August 24, 2021 at the age of 80 in a hospital in London. The video was posted in honor of his first death anniversary.

When the band first played onstage without Watts on Sept. 21, Jagger said to the audience:

“It’s a bit of a poignant night for us because it’s our first tour in 59 years that we’ve done without our lovely Charlie Watts.”

He dedicated the show to Watts, saying:

“We all miss Charlie so much. We miss him as a band, we miss him as friends, on and off the stage. We’ve got so many memories of Charlie, and I’m sure some of you that have seen us before have got memories of Charlie as well. And I hope you will remember him like we do. So we’d like to dedicate this show to Charlie – let’s have a drink to Charlie.”

This fall, an official biography of Watts, Charlie’s Good Tonight: The Authorized Biography of Charlie Watts, will be released on September 15 in U.K., and October 11 in America. The biography will feature exclusive interviews with Jagger, Richards, Ronnie Wood, as well as several Watts family members, friends, and colleagues.

Watch the tribute video below.