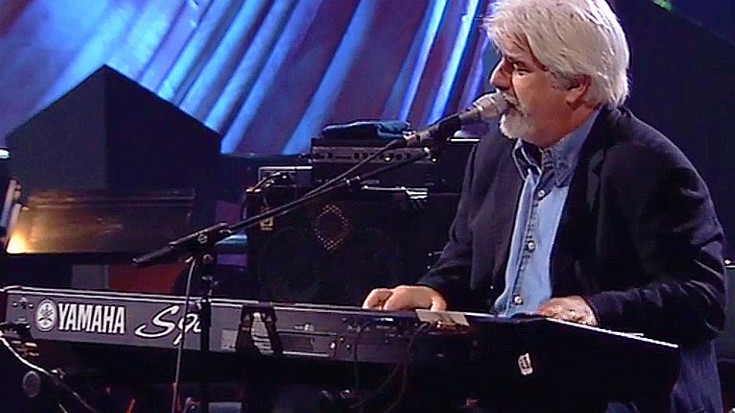 Known for his incredibly rich, soulful baritone voice, singer-songwriter Michael McDonald struck gold when in 1982 he released his debut solo album If That’s What It Takes and with it, hit single “I Keep Forgettin’ (Every Time You’re Near)”. Clocking in at just shy of 4 minutes in length and boasting a studio roster that included members of Toto and bassist Louis Johnson as Michael’s backing band, “I Keep Forgettin'” proved to be one of McDonald’s biggest hits, peaking at #4 on the Billboard Pop Singles charts, and #7 on the Billboard R&B chart, and who could forget that delicious bass line that would later be sampled by hip-hop and pop artists alike?

The studio version of this classic is second to none in terms of how smooth, catchy and timeless it is, but its power isn’t fully realized until you’ve actually seen Michael McDonald in action; if you haven’t been lucky enough to catch him live, never fear – this live footage features him in one of the best performances we’ve ever seen!

Fun Fact: The studio version of “I Keep Forgettin’ (Every Time You’re Near)” features the vocal talents of Michael’s sister, Maureen!

Both impossibly smooth and yet raw, Michael’s voice lures you in for a vocal experience that will make you lament the fact that they just don’t make singers or songwriters of his caliber anymore – and celebrate the fact that Michael McDonald is truly one of the greatest performers to walk the earth!