Metallica’s New Material Is Not What You’d Expect 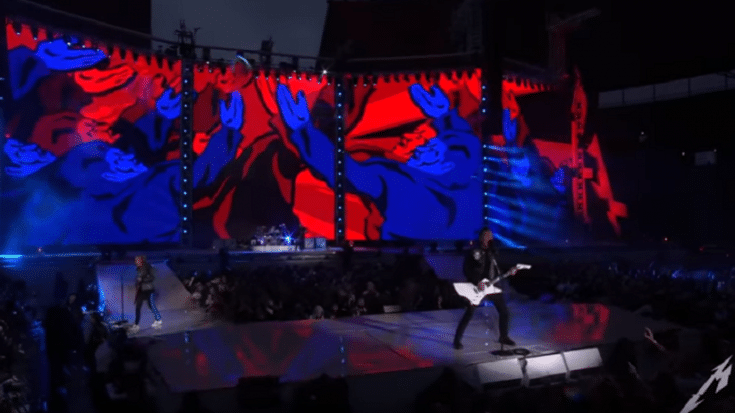 Metallica Has A Soft Side Too

If we had a list of things we think Metallica would never ever do, this is probably going to land at the top.

We’ve been waiting for new material and this is definitely something we didn’t expect – not in a million years. But that’s not to say we’re not digging it. Apparently, these heavy metal gods decided to add a new age group to their massive following – kids. No, they’re not playing kid-friendly tunes. On the contrary, they’re set to release a children’s book titled The ABCs of Metallica which will come out this November 26.

“Including rhymes and illustrations, The ABCs of Metallica looks back at the history of the band from, duh, A to Z! Each letter of the alphabet highlights a moment along our journey from Garage Days to Master of Puppets to fun facts about us.”

It’s co-authored by Howie Abrams and with illustrations by Michael “Kaves” McLeer, who also had a hand in Metallica’s 2012 Obey Your Master exhibit. Part of the proceeds will go to their All Within My Hands Foundation which is dedicated to “creating sustainable communities by supporting workforce education, the right against hunger, and other critical local services.”

The ABCs of Metallica will be available online and in bookstores.

“The ABCs of Metallica,” a rhyming, illustrated history of Metallica from A to Z, hits shelves on Nov 26th and is available for pre-order now. A portion of all proceeds benefits @AWMHFoundation, supporting communities in need. Visit https://t.co/dkawQtvp5r to pre-order your copy! pic.twitter.com/rngYgyUa6d